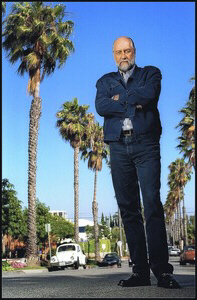 The drummer reveals he and his bandmates were preparing for a major world trek in 2010 but then Nicks announced she was releasing a solo album and the plans stalled.

Two years later and Nicks is still touring on the back of her 2011 release, In Dreams, and has tour dates with Rod Stewart scheduled.

And Fleetwood, who performed on his bandmate's latest solo album, thinks the moment for a reunion tour has passed.


He tells Playboy magazine, "I don't believe Fleetwood Mac will ever tour again, but I really hope we do. We have rehearsed and prepared for it since 2010. We were supposed to tour in 2011, but we delayed it for a year to allow Stevie Nicks to support her solo record and for Lindsey Buckingham to do the same with his.

"I've always been supportive of my bandmates doing solo albums, so long as we kept our band together... I played drums on most of Stevie's album, the one she is still out there supporting and the one that is the reason that, for now, she refuses to do a Fleetwood Mac tour. It comes down to her.

"Stevie is really proud of her new album, and I get that, but she will not let it go... She's insistent upon working it (album) until it is incapable of growing further.

"I understand what she likes about her situation: Touring in support of her album, she is able to be her, without any degree of compromise. She doesn't have to worry about the other three of us asking her to do anything... She has become obsessed with her album in a very nice but inconvenient way."
KVOS.com

[Stevie said in December, 2011 live in a radio interview, while in Tasmania, when asked about Fleetwood Mac touring in 2012 - she said that she wasn't finished with her album and touring and wanted to continue on in 2012.  She also said she had a couple of other projects she wanted to do first and that Fleetwood Mac would happen in 2013.  So it should come as no surprise to Mick if Stevie books dates on the road this year.]
Nickslive at Wednesday, March 14, 2012
Share