Photos: Up All Night with Stevie Nicks

Another really great night of STEVIE on TV
Idol was awesome.. But nothing will top the ending of Up All Night!

Stevie Nicks made an appearance on Up All Night tonight. While Reagan frets over booking her childhood hero, Chris has trouble accepting his age and decides to play hockey with a younger crowd. Ava is given a puppy, but worries she is not a positive influence on the young pet. Amy is close to walking on her own, but Reagan struggles to let go. 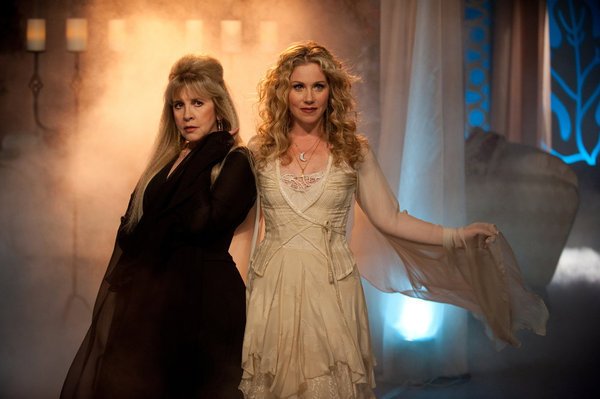 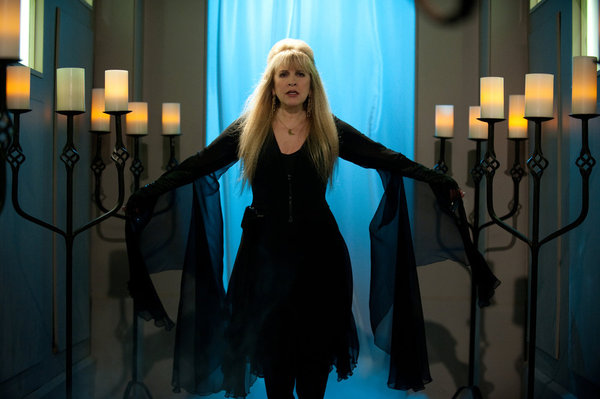 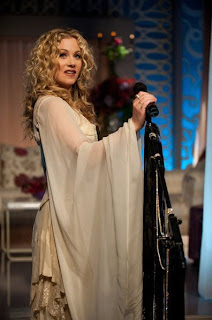 Here are some (not so great) screen caps from tonights episode that Stevie Guest Starred on. The ending of the episode was a dream sequence in which Christina Applegates character Reagan envisions herself singing Edge of Seventeen on stage with Stevie... Christina had Stevie's moves down!  Right down to wearing one of Stevie's vintage Margi Kent creations + the beige boots... Fun episode!  We got to hear "Sleeping Angel", Edge of Seventeen... and Maya and Stevie harmonizing on "Whenever I Call You Friend".  They sounded beautiful together... All were short clips of the songs but cool to hear... Sleeping Angel is a must hear, search it out!