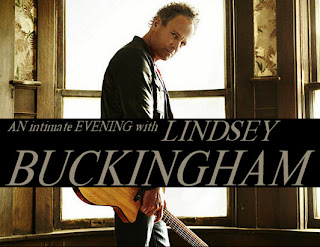 
Due to overwhelming demand, Lindsey Buckingham will now be sharing his highly anticipated U.S. tour with his fans on the East coast.  The six-week trek begins May 3 in Solana Beach, CA and now lasts through June 16 in Columbus, OH.  As for the rest of the country, they need not worry either, because even more tour dates are in the works and will be announced in the coming weeks.

In his intimate-one-man show, Lindsey will showcase his distinctive guitar picking style and instantly recognizable voice in his usual awe-inspiring form, captivating his audience with songs from his recent album, Seeds We Sow, as well as performing a combination of favorites from his previous solo albums, along with a variety of Fleetwood Mac classics.