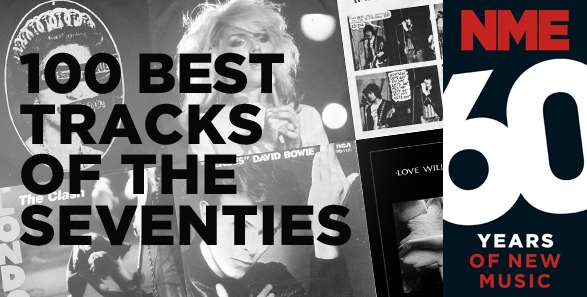 British Music Magazine NME just published it's list of the top 100 tracks of the '70's.  Fleetwood Mac make two appearances.... #47 with Dreams and #2 with Go Your Own Way!!


GO YOUR OWN WAY - Released: December 1976
Written by Lindsey Buckingham about his disintegrating relationship with bandmate and girlfriend Stevie Nicks, 'Go Your Own Way' channels desperation and heartbreak into one of rock's most memorable choruses. The group's first Top 10 in the US, it propelled their album 'Rumours' into the charts, and has since been covered by everyone from Boy George to NOFX.


DREAMS - Released: February 1977
Simple, pretty and aimed like a laser at Lindsey Buckingham's guilty conscience, 'Dreams' was written by Stevie Nicks as everyone's marriages and relationships fell to rack and ruin around the recording of AOR phenomenon 'Rumours'. It doesn't do a great deal but is mesmeric as it needles away, persuading its target to have a damn good think about "what you lost".