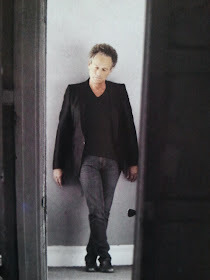 Buckingham still going his own way
Fleetwood Mac guitarist brings solo act to Portland
By Alan Sculley for The Columbian
Friday, May 18, 2012


Two and a half years ago, as Fleetwood Mac was getting ready to launch its “Unleashed” world tour, the band members were talking up the possibility that the tour might be a prelude to a new CD from the group.

The game plan at the time was to do the tour and then maybe get into the studio, and if a CD came together, another round of touring was possible.

The only thing that happened was the “Unleashed” tour. But Fleetwood Mac fans got a pair of welcome consolation prizes instead. First came singer Stevie Nicks’ latest solo CD, “In Your Dreams,” and then, last fall, singer/guitarist Lindsey Buckingham released his sixth solo CD, “Seeds We Sow.”

At least in Buckingham’s case, his solo CD is a direct result of Fleetwood Mac not doing a new CD. It opened a window of time he hadn’t expected to have, and so he did what came naturally. He started writing songs.

“I had no preconceptions going in on this one,” Buckingham said in a recent phone interview. “I didn’t even really have completed songs or anything that was fleshed out in terms of material.”