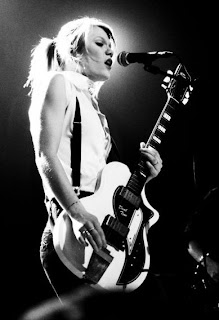 American Music Channel talk about Trixie Whitley recording a track with producer Joe Henry along with Marc Ribot, Chris Wood and Kenny Wollesen for the album and say that Trixie also contributed to a song that Marianne Faithfull recorded for the album. Trixie Whitley is the daughter of the late Chris Whitley and co-fronts the group Black Dub with Daniel Lanois.  No other artists have been announced yet on the project.