ONE YEAR AGO fans filled The Wiltern Theatre in L.A., including myself, to celebrate Stevie's Birthday and also to celebrate the release of her new album "In Your Dreams"... The show was dubbed a "Record Release Concert"  What a party it was!... As you made your way into the theatre you couldn't help but pass by trays of stacked up cupcakes plus this giant 3 panel Birthday card that could signed and I'm assuming was somehow delivered to Stevie later... It was a great night full of new music from the new album and a few surprise guests including Lindsey Buckingham, Mick Fleetwood, Dave Stewart and Mike Campbell.  Although it was Stevie's Birthday and we were there for her, the night it seemed turned out to be an amazing gift back to her fans. 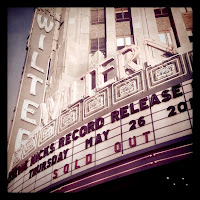 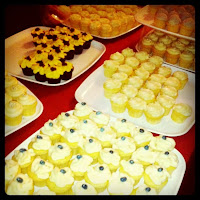 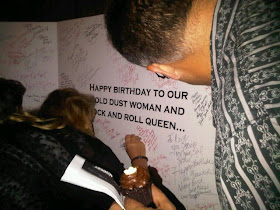