Odds and Ends... Plus Win Tickets To Lindsey Buckingham at Hampton Beach Casino 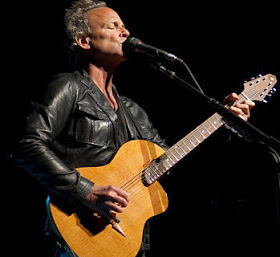 Enter to win a pair of tickets to see Lindsey Buckingham on May 31, 2012, at the Hampton Beach Casino Ballroom!
Unionleader

* Visitors are only allowed to enter once a day. Additional entries will be disqualified.

Photo below at The Fremont Theatre by Joe Johnston Photography

It was a suit jacket night for Lindsey Buckingham at The Tower Theater in Fresno Wednesday night for those keeping score.  Here's Go Your Own Way from the show.


Frustration ensues as Lindsey dismisses one guitar for another during the beginning of Big Love.  Something technically went awry with the amp according to twitters @___A__J___ and he sort of just threw the guitar down and picked up another and on with the show he went,  The video captures the ending of it all with a brief explanation before he moved on.  He throws a little humour into the situation to lighten his mood... To the untrained I'm sure you wouldn't have noticed the difference... But to Lindsey, being somewhat of a perfectionist, it's likely a big deal.  Technical glitches happen and have happened at a number of shows... But it's par for the course when you are alone up there playing back to back to back to back shows, with no other band members to fall back on or cover up any mistakes... It's all good though - this is like a marathon run!... It's real and it doesn't take away from any of the shows or the power of his playing.

A couple of cool shots below by Ron Emery 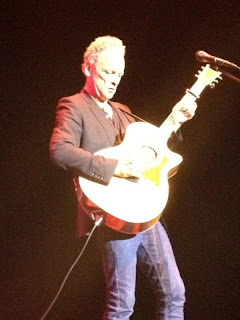 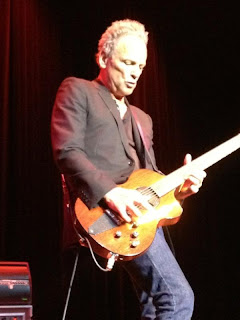 Santa Cruz gets the suite jacket! This is a record third night in a row!    - Setlist intacked minus "Dancing".


Below two photos by @bennettjackson 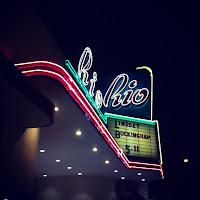 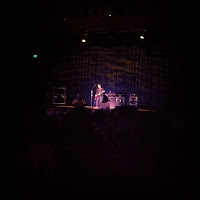 The influence The Beach Boys had on popular music is undeniable. Here are seven tracks directly influenced by Brian Wilson and company.

There may be no bigger Brian Wilson fan among rock stars than Buckingham, who convinced Fleetwood Mac to cover the Beach Boys’ “The Farmer’s Daughter” for the 1980 Live album and who co-wrote “He Couldn’t Get His Poor Old Body To Move” with Brian as the B-side of the latter’s 1988 solo single, “Love and Mercy.” Buckingham’s 1992 Out of the Cradle, may well be the best Beach Boys’ album of the ‘90s. But Buckingham’s most direct tribute is this suite, named after Dennis Wilson and structured like the complex song suites Brian created for Smile.

For nearly 45 years, Lindsey Buckingham has been writing and performing songs with an indelible impact on rock'n'roll; and several of those tracks are nearly universally considered to be among the pillars of the classic rock pantheon.