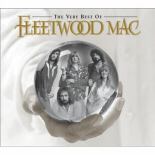 Fleetwood Mac's 2CD "The Very Best Of Fleetwood Mac" surges back into the top half of the Top 100 Albums Chart re-entering the chart at #49 this week helped along no doubt by the discounted album price of $9.99 at JB Hi-Fi. The album needs to spend just one more week within the top 100, which it likely will, to mark it's 300th non-consecutive week in the Top 100. The album also re-enters the top 10 on the Top 50 Catalogue Chart moving from #14 last week to #6 this week.  Rumours also re-enters the Top 50 Catalogue Chart this week at #34 after being absent for awhile. 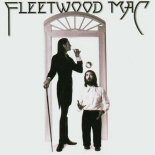 Fleetwood Mac's 1975 song "Landslide" was covered by Karise Eden on Australia's "The Voice" TV show. The song is included on "The Voice: The Final 24" album.  That album entered the Australian Top 100 Albums Chart at #26. Karise's version of Landslide was the highest charting song from the album entering the Top 100 Singles Chart at #14 and also #14 on the Top 40 Digital Tracks Chart. Fleetwood Mac's original version of Landslide from the white "Fleetwood Mac" album earlier today was the No. 1 Rock Song on iTunes Australia.

Rumours in the UK hangs on for one more week on the Top 100 Albums Chart moving from #81 last week to #99 this week.  The album remains within the top 10 on the Top 40 Catalogue Chart.

Here are a couple of Book Signing/Speaking Events that Fleetwood Mac Engineer and Producer Ken Caillat can be found at over the next couple of weeks. 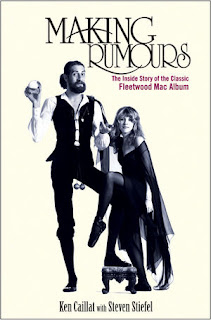 
Producer and engineer Ken Caillat will be speaking and signing his book, Making Rumours, in New York and New Jersey in early June.

Up first, Ken Caillat will be speaking about the book and the album at Cinema Arts Center in Huntington, NY (Long Island), and giving his firsthand account on working with the band and writing the book.  Tickets for the event are $10 and available at brownpapertickets, at the following locations:

A CONVERSATION WITH KEN CAILLAT at The GRAMMY MUSEUM
PRESENTED BY AMERICAN EXPRESS
Ken will also be at The Grammy Museum Tuesday, June 12, 2012; 7:30pm

Hear Caillat in discussion, along with Vice President of the GRAMMY Foundation and MusiCares Scott Goldman as moderator, talk about the making of both the album and the book. Following the interview, Caillat will take questions from the audience and will sign copies of his book.

Tickets are $15 for this event and available at Ticketmaster

Thirty-six years ago, an up-and-coming band hired a young engineer to record its new album -- and magic happened. Join that engineer, Grammy-winning producer Ken Caillat, as he discusses and signs Making Rumours, the story of the iconic Fleetwood Mac album.