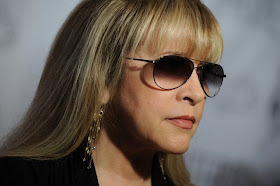 
Stevie Nicks is on a mission.

Though her album "In Your Dreams" (Warner Bros./Reprise) reached No. 6 when it was released last year and spawned two Top 25 hits on the adult contemporary charts, it hasn't made the kind of impact the Rock and Roll Hall of Famer is used to. So Nicks is taking to the road again this summer -- kicking off her tour Friday at Nikon at Jones Beach Theater -- to bring the music to more people.

"I lost my mom in December," Nicks said, calling from her home in Los Angeles. "But one of the last things she said to me was: 'Don't you give up on this record. . . . You take 2012 and you go out and work this record because this record is your little masterpiece. Don't be swayed by everybody else. You do what you need to do to sing these songs.' She knew it was important to me."

You really are showcasing "In Your Dreams" on this tour.

No one puts six new songs in their set. You're taking a big chance that people are going to say, "Excuse me, what songs have you just taken out to put that song in?" But that didn't happen last tour, and we were able to do the important old songs and the new songs. I feel like it's really a gift that my audience has given me to allow me to do the new songs and not start complaining. . . . I feel really thankful for that. You feel creative. You feel like you're still a really creative artist.

That creativity is still on display in the new song "Moonlight (A Vampire's Dream)." What more could you possibly do for a hit today?

I know! [Laughs.] I'm trying to understand the music business today, and I'm trying to learn why it is that that's true. I'm not feeling quite so bad about it anymore because it's happening to everybody. It's not just me. . . . It's happening to everyone unless you're 20 and have a big hit single. Then, even if you are 20, you have to be nervous about that 19-year-old who's going to come up with a song that someone else wrote for them that's really great and wipe you off the map. It isn't good for the young kids and it isn't good for us, either.

So you have to do something else to get the word out about your new music.

Yes, and if you're me, you're lucky because you get to walk out on the stage and say, "This is not a Stevie Nicks' greatest hits tour. This is a tour promoting a record called 'In Your Dreams.' I'm giving it a second run because I believe in it that much, and I hope that you like them. And if you like them and you're a part of my little army, do me a favor and tell a friend." I get to do that. Most people don't get to do that. I feel like I'm really lucky, and I'm in a good place in the music business. My heart breaks for the younger artists -- because I know that there's another Fleetwood Mac out there, and I know that there's The Who out there, that there's a James Taylor out there, a Carole King out there. I know they're all out there, but . . . someone has to figure this out.