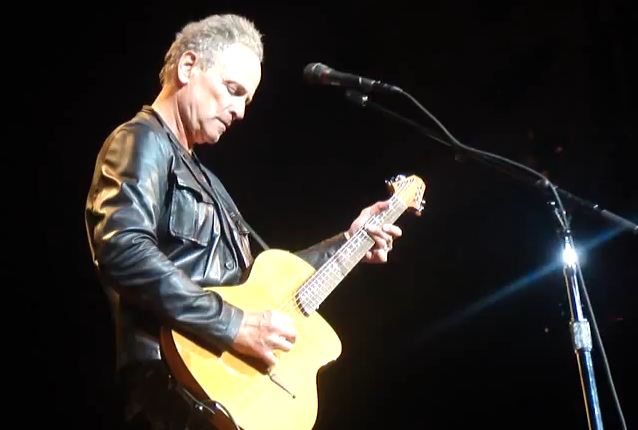 "Lindsey Buckingham performed surely the loudest one-man show ever in the Southern Theatre last night, even when he wasn’t belting out a song. The slavish crowd lapped it up, encouraging him often to ignore the dynamics in his brilliantly crafted songs. Oddly, the three songs of the encore were the most intimate of the evening."

By Lindsey Barrett
The Lantern

Before heading back to his home state of California, singer, guitarist and songwriter Lindsey Buckingham made a tour stop in downtown Columbus for a one-man show that while in some ways understated, was no less impressive.


"Buckingham proved Saturday night that, alone on stage with a guitar in hand and the more folksy sounds of Fleetwood Mac with the more modern songs of his solo career, he had all he needed to entertain the crowd."