Stevie Nicks whose first studio CD in ten years, “In Your Dreams” was released to critical raves and debuted in the Top Ten on Billboard’s Top 200 Chart is back on tour with a performance at Hershey.

Special guest for the night will be Marc Cohn.

LIVE NATION STEVIE NICKS OFFICIAL SWEEPSTAKES RULES
NO PURCHASE OR PAYMENT OF ANY KIND IS NECESSARY TO ENTER OR WIN THIS SWEEPSTAKES.

OPEN ONLY TO LEGAL RESIDENTS OF THE 50 UNITED STATES AND DISTRICT OF COLUMBIA WHO ARE AT LEAST 18 YEARS OLD AS OF THE DATE OF ENTRY.
ENTER HERE
Full Set of Rules 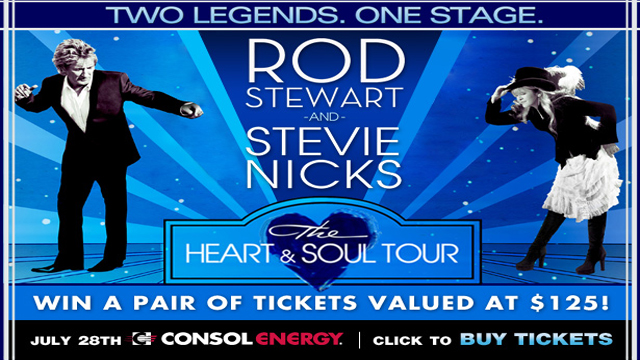 Open to residents of the states of Pennsylvania, West Virginia, Maryland, and Ohio who are 13 years or older at the time of entry. 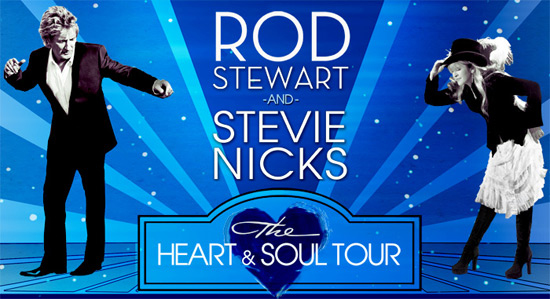 Rod Stewart and Stevie Nicks are teaming up for the Heart & Soul Tour July 28th at Consol Energy Center in Pittsburg! Two legendary performers and all of the incredible hits...and you can be there as the guest of MIX 98.9! Just register HERE and good luck! Winners contacted after July 12th.