"There is comfort in the lusciousness of Stevie Nicks' voice, her intricate lyrics" By Elizabeth Blackney Huffington Post 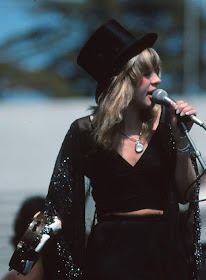 "There is comfort in the lusciousness of Stevie Nicks' voice, her intricate lyrics. The arrangement of each song constructs the perfect ride for each soul. For forty years, she has lived life on her own terms. As witnesses to her creative success, personal triumphs, and tribulations, we all have an image of her in mind. The alabaster skin, the honey colored hair of a siren, her penetrating gaze eats the camera's lens."

Read the rest of Elizabeth Blackney's article at
The Huffington Post

Stream: The Crystal Ark, “Tusk (Fleetwood Mac Cover)”
Today brings the latest release from the upcoming "Just Tell Me That You Want Me" Tribute to Fleetwood Mac album... The Fader premiered the track today.  Familiar vibe... but oh so different!  Stream below and check out The Fader for what they had to say about the track. 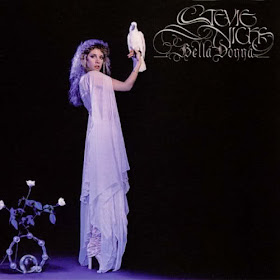 Not likely because of, but nice timing non-the less. Amazon have discounted Stevie's first solo album 1981's Bella Donna to $4.99 just prior to it's 31st Anniversary.  With these deep discounts on albums that Amazon has been having, boat loads of older titles have been showing up on Billboard's Album Charts, Fleetwood Mac albums included.  It was no surprise a few weeks ago when Bella Donna also discounted at the time also made a rare appearance on the Catalogue Albums and Catalogue Digital Albums Charts.  The album is up for grabs again on Amazon for $4.99, not for the mp3 album this time, but for the actual disc.  Don't have it?  Good time to buy if you don't... AMAZON

Too bad the new album "In Your Dreams" couldn't get a discount like this.  With Stevie profile raised while on tour in the US right now, it's the perfect opportunity.

You can pick up a digital copy (mp3 album) of Fleetwood Mac's "Rumours" right now for $5 on Amazon. 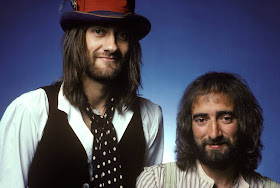 Stubborn as hell. It’s the only way to describe drummer Mick Fleetwood and bassist John McVie. They’re the most persistent, tireless, roll-with-the-punches rhythm section in rock history. Since original (and long-gone) bandleader Peter Green founded Fleetwood Mac in 1967 — named for his bandmates, with the “Mac” added to entice McVie to join — the pair saw lineups disintegrate in every way imaginable. One guitarist fled mid-tour to join a Christian cult. Two frontmen fell victim to mental illness brought on by LSD. Inter-band love (and sex) famously tore the band apart while massive success brought in a mountain of cash and an avalanche of powdered distraction. But these two soldiered on, keeping the band active throughout 17 albums, 70-plus singles, and five decades — forever locked in.

Check out the full article
Nickslive at Friday, July 20, 2012
Share