The sultry Stevie Nicks and randy Rod Stewart seem like an odd pairing for a concert event, but last night’s Orlando stop on their Heart & Soul tour provided an entertaining evening of musical nostalgia by two pros who still have it.

Opening the show with a 75-minute set featuring solo tunes old and new, as well as those songs made famous through her days with Fleetwood Mac, Nicks has never sounded better. Sure, she’s lost some of the upper register (which she graciously concedes to her back-up duo) but her voice is still strong, confident, and amazingly rich in the deeper tones.

Unlike Stewart, whose most recent output has been a recurring trip to the  Great American Songbook, Nicks had her 2011 critically acclaimed release In Your Dreams to draw from. And surprisingly, those songs (of which three were performed) blended perfectly with her classic hits. Most notable was “Soldier’s Angel,” a mournful ballad inspired by her own interactions with wounded American soldiers.

But it was the classics that most of the audience was there to hear, and she didn’t disappoint. An Irish-tinged and string laden intro to Fleetwood Mac’s “Gold Dust Woman” gave that song new life, and the ghostly “Rhiannon” was presented in two different versions garnering the ultimate theatricality.

The solo years of the 80s kicked into gear with a fun arrangement of “Stand Back” while she announced that she was wearing the original “Stand Back” cape from the 1983 video. It was her first chance to treat the audience to her signature “Stevie spin” as well.

Seemingly providing the “heart” of the Heart & Soul tour, Nicks closed her set with the luscious “Landslide,” accompanied by a slide show of her life for a song she equated with family and loving those close to you.

Reed the full Review by Brad Haynes at 1059Sunnyfm 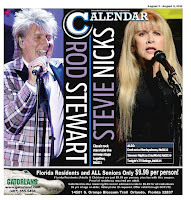 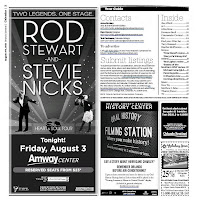 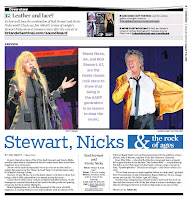 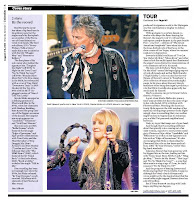