Stevie Nicks and Oprah's OWN Network rumoured to connect at St. Petersburg Show 9/24 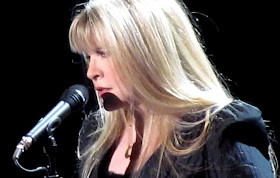 After a pair of tours with Rod Stewart and the occasional reunion fling with Fleetwood Mac, rock 'n’ roll’s ultimate twirly girl returns for a solo show packed with her biggest hits. If recent setlists are any indication, you could hear Landslide, Edge of Seventeen, Stand Back, Gold Dust Woman, Dreams or any other Fleetwood Mac number.


Rumour has it Nicks might be bringing some television cameras to her show in St. Pete, supposedly to capture material for an upcoming project involving Oprah Winfrey’s OWN network.

Exciting!!  A number of months back Sheri Salata, President of OWN, mentioned on Twitter there was a possibility of Stevie taking part in the Master Class series on OWN... If the rumour is true, looks like it's inching one step closer!

Still a few tickets left for Stevie's show in St. Pete... Get them at Mahaffey Theater here!
Nickslive at Thursday, September 20, 2012
Share