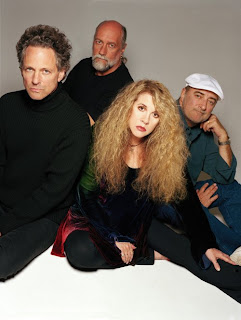 First of all... no need to panic, nothings been announced yet.


SUPERGROUP Fleetwood Mac are planning a world tour next year after reforming for a series of concerts following months of wrangling between drummer Mick Fleetwood and singer Stevie Nicks.

The rock giants are hitting the road to mark the 45th anniversary of the release of the band’s first album, with a different line-up, in 1968.

Singer Stevie Nicks has agreed to reunite with Lindsey Buckingham, Mick Fleetwood and John McVie. British singer Christine McVie is not expected to sign up.

Last night a spokesman for Nicks confirmed plans for the tour: “It’s certainly looking that way. I don’t have specifics yet.”

The group may even record new material for a proposed greatest hits release.

A source in Los Angeles said: “The Fleetwood Mac tour is on. This may be the end of the road for them after so many great years. They are all older and getting together can be a struggle with their commitments. They all want to go out on a bang.”