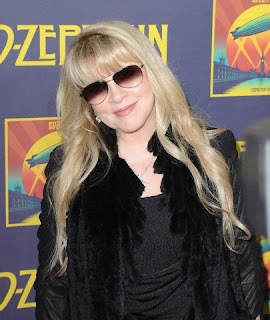 LOS ANGELES, CALIF. -- Stevie Nicks is apologizing after she lashed out at Nicki Minaj.

The former Fleetwood Mac singer, who was a mentor last season on “American Idol,” was asked about the recent blowup between new “Idol” judges Mariah Carey and Nicki Minaj, and Stevie had some strong words for the new “Idol” judge.

“How dare this little girl!… If I had been Mariah I would have walked over to Nicki and strangled her to death right there,” the 64-year-old rocked told The Daily.com when asked about Minaj. “I would have killed her in front of all those people and had to go to jail for it.”

Now, Nicks regrets her comments and says they came after a grueling day with the media.

“I want to apologize for my remarks about Nicki Minaj’s behavior toward Mariah Carey which I said during a long and exhausting day of interviews. It was very out of character for me and I deeply regret what I said,” she said in a statement released to Access Hollywood.

Adding, “I feel very protective toward Mariah Carey who has gone through many difficulties in her life and I spoke without thinking. I think all artists should be respectful toward one another and that includes me. I am truly sorry.”

A rep for Minaj was not immediately available for comment when contacted by Access Hollywood on Wednesday.