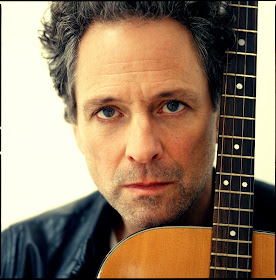 Lindsey Buckingham is such a skilled, dexterous guitarist that when he left Fleetwood Mac in 1987, his old bandmates had to hire two people to cover his parts. His compositional abilities, production prowess and stylistic eccentricity made Buckingham a rarity — a cult act who also happened to be in one of the biggest bands in pop music.

Buckingham, 63, will perform at 8 p.m. Saturday at the ACM@UCO Performance Lab, 329 E Sheridan, and will play songs from all stages of his nearly 40-year recording career, and all periods of the singer-guitarist's creative work are worth studying.

“Buckingham Nicks” (1973). In the late 1970s, vinyl copies of this album could be found in almost every cutout bin, but “Buckingham Nicks,” the album that served as Buckingham and then-girlfriend Stevie Nicks' de facto audition for Fleetwood Mac, is rare these days — never released as a CD, unavailable as a download. Still, the album has high points that are every bit as good as material found on 1970s Mac classics.

Essential Buckingham: “Don't Let Me Down Again” and the original version of Fleetwood Mac's “Crystal,” featuring Buckingham on vocals.

“Fleetwood Mac” (1975). The former blues band had been trending toward pop-rock under guitarist Bob Welch, but Buckingham and Nicks made the transformation complete.

“Monday Morning” acts as a kind of bipolar codependent thesis statement for this new version of Fleetwood Mac, and singles such as “Rhiannon,” “Over My Head” and “Say You Love Me” are as notable for Buckingham's guitar parts as they are for Nicks and Christine McVie's leads.

“Rumours” (1977). One of the biggest-selling albums of all time, “Rumours” is notable for the surface beauty masking the breakup nastiness going on in Fleetwood Mac between Buckingham and Nicks as well as Christine and John McVie. Enormous hits such as “Dreams,” “Go Your Own Way” and “You Make Loving Fun” sold the album, but the darker meditations on romantic loss made it resonate.

“Tusk” (1979). Buckingham confederates think of “Tusk” as the album where Lindsey finally gets to be Lindsey. Compared to “Rumours,” “Tusk” is raw, experimental and messy with a few moments of crystalline beauty thrown in, such as Nicks' “Sara.” It sold far less than “Rumours,” but is much more interesting and is now recognized as a misunderstood masterpiece, a Southern California “White Album.”

Essential Buckingham: “The Ledge,” “Not That Funny,” “What Makes You Think You're the One?” “Tusk.”

“Law and Order” (1981). Buckingham's first solo album, “Law and Order” is a bag of exquisite nuts, like “Tusk” but more aggressively strange. The lush and lovely “Trouble” became his biggest solo hit, but soft-rock aficionados who bought “Law and Order” for “Trouble” might have suffered nerve damage from “Bwana” and “That's How We Do It in L.A.”


“Mirage” (1982). Conventional wisdom says that “Mirage” was an attempt to sand off the “Tusk”-era strangeness and win some hits again, and the singles are there — “Hold Me” and “Gypsy” were the band's first MTV-era smashes. But Buckingham gets his licks in, even if he was holding back a few of the eccentricities for his next solo album.

“Go Insane” (1984). Propelled in equal measures by guitar, synthesizer and paranoia, “Go Insane” is the point where Buckingham draws a line in the sand between his solo work and Fleetwood Mac. Of all his solo albums, “Go Insane” is most reflective of its era, but it is also his most angst-ridden and emotional album, as if all the bills from the “Rumours” breakups and breakdowns were coming due.

“Tango in the Night” (1987). Buckingham was deep into recording a third solo album when his bandmates called, so that work was cannibalized into “Tango,” which Buckingham produced with Richard Dashut. This was the final studio album for the classic Fleetwood Mac lineup — Buckingham left the band before the “Tango” tour — but it was a strong, impeccably arranged collection that modernized Mac's sound.

“Out of the Cradle” (1992). With Fleetwood Mac in his rearview mirror (for the time being), Buckingham then proceeded to make the solo album that most resembles that band. Sonically, “Out of the Cradle” is a sequel to “Tango,” especially the excellent single “Countdown,” but there are signposts indicating the nearly whispered, stripped-down direction of his later work (“Street of Dreams”).

“Say You Will” (2003). A Fleetwood Mac album in name only, “Say You Will” plays like Buckingham and Nicks solo albums shuffled together — barely any cohesion or sense of band, despite some excellent songs from both players. With Christine McVie retired, the warm blanket of vocals that wrapped around Fleetwood Mac during its best years is seemingly retired, as well.

Essential Buckingham: “Red Rover,” “Murrow Turning Over in His Grave.”

“Under the Skin” (2006). Buckingham's first solo album in 14 years was a spare, atmospheric collection that resembled modern indie freak folk more than it did Fleetwood Mac. The collection hinted at hard-won peace of mind and domesticity — the last sound on the album featured one of Buckingham's children yelling “Daddy!” — as well as renewed artistic energy.

“Gift of Screws” (2008). The Emily Dickinson-referencing title rightly suggests that Buckingham is going at it harder on this “Gift of Screws,” and after the sweetness and refracted light of “Under the Skin,” Buckingham is more willing to get loud, particularly on “Wait For You” (featuring Mick Fleetwood and John McVie) and the growling demonic laughter in the title track. The music is still pretty this time around, but going a little insane again.

Essential Buckingham: “Wait For You,” “Treason,” “Gift of Screws.”

“Seeds We Sow” (2011). After 30 years under contract with Warner Bros. as a solo artist, Buckingham left the company and released “Seeds We Sow” on his own label, Mind Kit.
The resulting self-produced album sounds crisp, direct and homemade in all the right ways, and standout tracks such as “When She Comes Down” and the astonishingly intricate “In Our Own Time” are accompanied by a lilting cover of The Rolling Stones' “She Smiles Sweetly.”

Essential Buckingham: “In Our Own Time,” “She Smiles Sweetly.”