Lindsey Buckingham Live Tonight in Knoxville at the Bijou 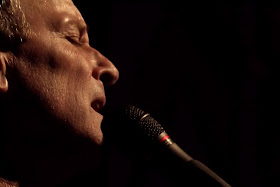 Lindsey Buckingham, renowned guitarist and male lead singer of Fleetwood Mac, will perform at 8 p.m. tonight at the Bijou Theatre in Knoxville, TN

Buckingham, whose signature finger picking style has earned him a place on Rolling Stone's list of most influential guitarists, is touring in promotion of his new album, "Lindsey Buckingham: One Man Show," set for release this Tuesday.

His first ever solo acoustic album, "One Man Show" features recordings from a live performance in Des Moines, Iowa, where Buckingham played songs from his former Fleetwood Mac heyday, including "Never Going Back Again" and "Go Your Own Way."

Full Article at The Daily Beacon


Two showcase tracks "Never Going Back Again" and "Big Love" from Lindsey's 2011 show at the Saban Theatre in Beverly Hills, CA and released on the live DVD/CD "Songs From The Small Machine: Live in L.A.", have been added to his official Vevo Channel.  Both tracks are featured during Lindsey's current solo tour that runs through November 20th and on tomorrow's digital only release "One Man Show".  Own the DVD/CD