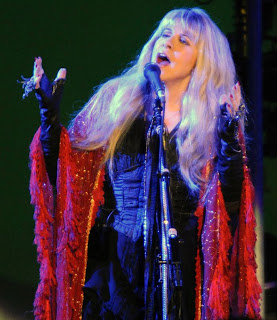 Between producing and recording music with Fleetwood Mac and relentlessly touring her own albums, Stevie Nicks is pretty busy. So busy, in fact, that her bandmates publicly expressed their frustration when she told them she wasn't going to tour as Fleetwood Mac last year. She had other priorities, namely supporting her latest and "favorite solo album," "In Your Dreams."

But this is Stevie Nicks, so even prickly bandmate and former lover Lindsey Buckingham agreed to wait. Nicks has kept her word: After a three-year break, Fleetwood Mac is heading on a 35-city tour that starts April 4th (tickets go on sale Dec. 7).

HuffPost Entertainment called Nicks to speak to her about the tour, but the genial singer was eager to chat about pretty much anything, up to and including: her advice for Rihanna, her concerns about the future of the music industry and a special letter to Kanye West she wrote but never sent.

One Date announced so far... More to come, I think later today or tomorrow.