Stevie Nicks talks to EW about 2013 Fleetwood Mac tour, reconnecting with Lindsey Buckingham, and why she's addicted to 'Call Me Maybe' 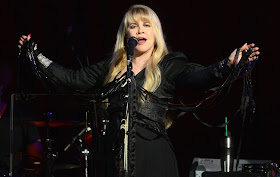 Stevie Nicks talks to EW about 2013 Fleetwood Mac tour, reconnecting with Lindsey Buckingham, and why she's addicted to 'Call Me Maybe'
by Leah Greenblatt
EW.com


Some chains are unbreakable, even after nearly four decades: Fleetwood Mac announced today that they will embark on a 34-date tour in 2013,  beginning April 4 in Columbus, Ohio, and wrapping June 12 in Detroit; tickets go on sale Dec. 14.

EW: You spent most of 2011 promoting and touring behind your most recent solo album, In Your Dreams. How different is that experience from touring with Fleetwood Mac?

Stevie Nicks: My solo career is more like an intimate gathering, an intimate beautiful party at your home, and Fleetwood Mac is like a big, huge Christmas ball at a big huge ballroom somewhere. Fleetwood Mac is just way bigger and way grander. And I think that’s one of the reasons why it’s always been so good for me to be able to go back and forth. Because what I do is very, very different than what Fleetwood Mac does and vice versa. So when I come out of one and go into the other, it’s very new for me.