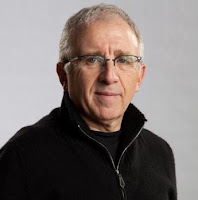 When the news broke on New Years Eve that Irving Azoff had stepped down from his position at Live Nation as chairman and CEO of Front Line Entertainment, it came as a bit of a shock.  It wasn't initially clear at the time what the status of Fleetwood Mac or it's members was in terms of artist representation.  But according to RollingStone, Fleetwood Mac will still be managed by Mr. Azoff.

"Azoff, 65, will continue to manage the Eagles, Aguilera, Fleetwood Mac, Van Halen and more of his biggest clients; he has a two-year non-compete agreement with Live Nation, the world's biggest concert promoter, but can work on projects involving recorded music, TV, movies and music and book publishing."


Mr. Azoff will continue to manage these artists under his Azoffmusic Management. Lindsey Buckingham signed with Irving just a couple of years ago - so it seems he's still connected with Irving.  Where Stevie stands, I'm not sure. Stevie's managed by Howard Kaufman and Sheryl Louis. Howard was a partner in Front Line Management with Irving at the time of the merger with Ticketmaster and with Front Line staying with Live Nation, It's not clear what her status is whether she's still with Howard and Front Line under Live Nation, or if Howard left with Irving and therefore took Stevie and whomever else he managed with him. When Irving left, leaving behind Front Line he only retained a select number of artists he managed directly ie the Eagles (who he's managed since the 70's) and Christina Aguilera.  Presumably Lindsey falls under Azoffmusic Management. This is also where I'm assuming Fleetwood Mac falls.  It's entirely possible that Stevie as a solo artist could be in that mix as well - or it's possible that for her solo work she's still with Howard under Front Line which is still with Live Nation.  Confusing!

The Back Story
This is how I understand it... Irving Azoff and Howard Kaufman were partners in Front Line Management from '74 to '83 when Irving decided to leave Front Line to become president of MCA Records in 1983.  Irving continued managing artists like the Eagles under Azoffmusic Management.  Mr Kaufman then created a talent management company, HK Management, who at the time managed Stevie Nicks.  In 2005 Irving and Howard formed a partnership and merged their two companies to reform Front Line, the management company. Now Stevie is with Front Line guided by Howard and Sheryl Louis. Front Line as a management company then began acquiring other smaller management companies and artists bring them under the Front Line umbrella becoming a rather large management company with a stable of managers who managed well over 200 artists, some of the biggest in the industry. Irving then took Front Line and merged it with Ticketmaster in 2008 and became the head of Ticketmaster Entertainment. Front Line became a subsidiary of Ticketmaster. After that merger, he then merged Ticketmaster with Live Nation in 2010 becoming Chairman of Live Nation in 2011.  Again, Front Line was a subsidiary. With the artist and ticketing and with Live Nation and all the venues they own the world over, from a business point of view, it just made sense to have everything in house. But according to what Mr. Azoff is saying in these departure interviews, with Ticketmaster and Live Nation being public companies, you are restricted in what you can do and he felt smothered.... So he felt it was time to move on.

But it's good to hear Fleetwood Mac will still be well looked after.

I find this stuff kinda fascinating, but oh so confusing!
Nickslive at Friday, January 04, 2013
Share