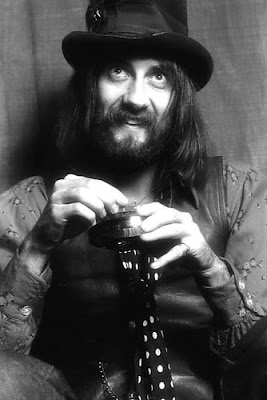 Rumours from past retold, revealing how the magic unfolded
The Sydney Morning Herald
January 30, 2013


We ALL know that history, or indeed any life, turns on seemingly random moments of fate. Take the way Fleetwood Mac went from a moderately successful blues-based band from Britain to the quintessence of California pop rock in the mid-’70s.

There are various factors that could be said to have influenced the band’s destiny, from the break down of one guitarist and religious weirdness of another, to the alcoholism of a third. But one key moment was the decision by drummer and co-founder, Mick Fleetwood, to drop in on a friend at Sound City studio in San Fernando Valley, in late 1974.

That night Fleetwood listened to tracks from an upcoming album by an unknown and unsuccessful duo, the photogenic couple Lindsey Buckingham and Stevie Nicks. While it took weeks and another band disintegration for the idea to germinate, by year’s end the two Americans were part of Fleetwood Mac, alongside the expat Brits, Fleetwood, John McVie and keyboardist Christine McVie.

The remastered and expanded version of Fleetwood Mac’s 1977 album, Rumours, will be released this week. From his home in Hawaii, Fleetwood is pondering the nature of fate, but also the nature of a group that rode its fate further than any could have predicted.

Yes, he concedes the band’s third or even fourth life could be seen as having ‘‘unfolded as God’s plan’’ but there is another way to look at it: this was a band suited to evolution and revolution.

‘‘We wouldn’t conform to a formula or have to have someone play like [original guitar star] Peter Green or a rock’n’roller who could get in front of an audience and do X, Y and Z,’’ Fleetwood says. ‘‘Maybe that’s how we started but we were the types of people who would allow other people to express themselves freely within the framework of a band that happened to be called Fleetwood Mac. That’s why that magic unfolded.’’

It was magic powered by Fleetwood and McVie but driven by three singer-songwriters – Buckingham, Nicks and Christine McVie – who were creatively peaking at the same time. While Buckingham and Nicks – whose collapsing relationship was a central lyrical and emotional catalyst in the writing for Rumours – garnered the bulk of attention then, and in the 35 years since, it is also true that McVie’s best songs (also addressing the end of her marriage and the start of another relationship) are at least their equal, if not superior.

Fleetwood remembers that even as one of three ‘‘leads’’, the former Christine Perfect preferred to see herself as part of the rhythm section. ‘‘In truth, Christine had more famous songs than any of us but she stood behind the piano and wasn’t outspoken.’’

His affection for someone he describes as ‘‘a sister’’ is strong, regularly referring to how essential she remains to the fabric of Fleetwood Mac, some 14 years since she left the band.

‘‘The lovely thing about looking back on Rumours and the albums we made, as accessible as they seemed to be and were, there is a darkness to them and there is an emotive sadness often which allowed our music not to become saccharine,’’ Fleetwood says.

‘‘As happy and upbeat as Christine would get in her song writing, you look back at the catalogue of her songs – and Lindsey’s and Stevie’s – there is a darkness and sadness. Something that makes it feel real, like the blues well delivered. That became Christine’s legacy.’’

A legacy and a role that is not entirely in the past tense it seems. Fleetwood reveals that during a coming visit to Britain, where McVie nowlives, he will push her to honour a recent promise to travel back with him to Hawaii. It means she will be in town at the same time the band will be in rehearsal for their next tour.

‘‘Of course my fantasy is that she’ll write some lovely song that at some point can go on an album, and I’m really hoping that when we perform in London this time she’ll grab hold of the courage to come up and sing with us,’’ Fleetwood says. ‘‘And I’ve got a feeling that she will.’’

Rumours remastered is out on Friday in Australia.