When asked when or where we would see or read the interview Teresa responded with:

Japan?  Really?!... Could that mean their are tour plans for Japan? [just speculating here]. Would be cool, it's been decades since they've been!

They all look great!!  But they're missing John! (He's not a fan of the promotional wheel). 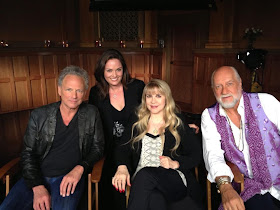