This episode originally ran March 29, 2012 in North America.  Not sure if this is the first run of the show in Australia or if it's a repeat.  In any case, check it out this Thursday. 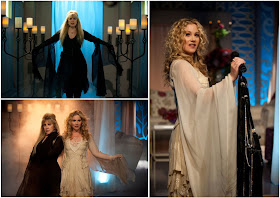 Talk about pulling power. As season one nears its end, personal life collides with work for Ava (Maya Rudolph) and Reagan (Christina Applegate) when the demands of a dog and a newly mobile child threaten the booking of the duo’s dream guest for Ava’s talk show.

That’s none other than Stevie Nicks, who appears as herself in this episode. Hang around for a duet between Nicks and Reagan as the credits roll.