Just watched the new Eagles documentary "History of the Eagles Part 1 and Part 2" that's running on Showtime.  First of all, it's long, about 3 hours in length for both parts.  Second of all, I thought it was really good. I'm not much of an Eagles fan, but it's remarkable how much of their music I know and like.  The vintage footage whether live or backstage was really cool to see. Check it out if you can.

If you watch... During the credits Stevie gets a few words in on the band and it's influence on the music scene saying:


"I think they were a defining moment in the rock n roll world that I love. You couldn't really love the Eagles music and be an Eagles fan and actually know them and not aspire to greatness yourself" 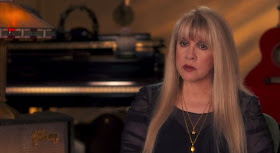