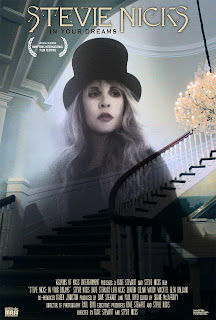 The documentary was co-directed by the Stevie and Dave Stewart.

The 2013 SXSW Film Conference and Festival is set for March 8-16 in Austin, Texas.
In Your Dreams Screens on:

BUY TICKETS:
Single Tickets $13.00 - buy on-line.  All screenings are General Admission.  Seating is subject to capacity and will occur on a priority basis approximately 30 minutes before the screening starts.  Seating is not guaranteed.  Attendees are advised to arrive at least 45 minutes prior to the screening.  But the theater is quite large seating capacity for general admission is 1,100. So if you go general admission, you'll likely get a seat no problem.

Dave Stewart confirmed that both he and Stevie will be attending SXSW and hosting a Q&A after the screening.  Plus he posted this great shot! 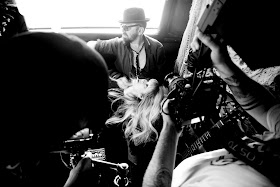