A year in the life of legendary Fleetwood Mac singer-songwriter Stevie Nicks is captured in the documentary film ‘In Your Dreams,’ which will debut in American theaters on April 2. But you can get an early look at the film in this exclusive preview from Ultimate Classic Rock.

This exclusive clip provides a fascinating glimpse into the early stages of creating the songs for the album, which began with Stewart poring through Nicks’ poetry to find lyrics that would lend themselves to musical adaptation.

Are you prepared for the film premiere in your city?
STEVIE NICKS 'IN YOUR DREAMS'
The mp3 Album is on sale right now at Amazon.  Only $5.99 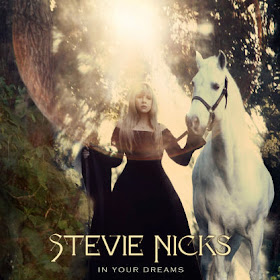