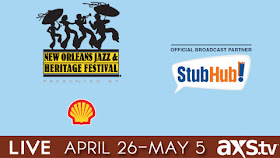 AXS TO BROADCAST NEW ORLEANS JAZZ & HERITAGE FESTIVAL.  FLEETWOOD MAC WILL BE LIVE AT THE FESTIVAL MAY 4TH.

AXS TV continues to showcase its commitment to LIVE music with a celebration of Americana music and New Orleans culture via a new partnership with the New Orleans Jazz & Heritage Festival presented by official broadcast partner StubHub. For the first time ever, AXS TV will broadcast live throughout the 7-day festival from April 26 thru May 5, 2013 including LIVE segments in AXSLive and LIVE concert coverage Friday, May 3 through Sunday, May 5, 2013.

Do you get AXS TV... Find out here


SOUND CITY ON THE CHARTS 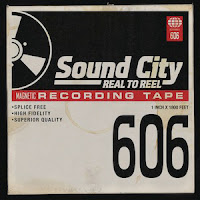 The Sound City—Real To Reel soundtrack will debut at #8 on this weeks Billboard Top 200 Chart in the U.S. with sales of approximately 37,000 units. Dave Grohl directed the documentary about Sound City, which was a top recording studio in Van Nuys, Calif. for four decades. Dozens of top 10 albums were recorded there, from Neil Young’s After The Gold Rush (1970) to Mastodon’s The Hunter (2011). Grohl also co-wrote all the songs on the album and performs them in collaboration with such stars as Paul McCartney, Stevie Nicks "You Can't Fix This", Trent Reznor and Rick Springfield. The album also debuts at #1 on Top Soundtracks, displacing Pitch Perfect.

Sound City—Real To Reel the DVD is also #1 on this week’s Top Music Videos chart. The video sold 12,000 copies this week, which constitutes the biggest one-week total so far this year.  Gotta see it if you haven't... It's very good!

Sound City Soundtrack - Around The World


Stevie on the SXSW Red Carpet with Publicist Liz right by her side.. Love the ears!
Nickslive at Wednesday, March 20, 2013
Share