Like Green Day on Monday, another South by Southwest confirmation came yesterday in Stevie Nicks, who bewitches the music conference in an interview with Ann Powers on Thursday, March 14, and also stars in a pair of SXSW Film docs.

The Film spread in this week’s Chronicle, both ours and SXSW’s, spilled a wealth of information as far as music’s concerned. The Fest’s “24 Beats Per Second” music series revealed inside looks at Austin’s Gourds (All the Labor), New Oreleans piano prince James Booker (Bayou Maharajah), and Detroit’s black punk siblings Death (A Band Called Death), among many others, including free Auditorium Shores Mexicans Molotov (Gimme the Power).

Nicks’ In Your Dreams, made by her and Eurythmics seer David Stewart during a 2010 collaboration on her album, also screens in the “24 Beats Per Second” round-up, Thu., March 14 at the Paramount Theatre. The night before, Wednesday, catch her in Dave Grohl’s Sound City, which throws back the curtain on an L.A. studio that birthed Nirvana’s Nevermind and Fleetwood Mac’s Rumors. 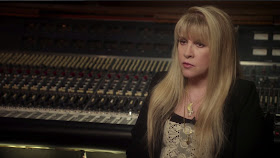 Sound City clusters in SX Film’s “Special Events,” which features more music tie-ins in Asleep at the Wheel Then and Now and Mabon “Teenie” Hodges – A Portrait of a Memphis Soul Original. I’ll never forget a newly-sober Chan Marshall (Cat Power) gushing in my ear about working with the Hodges brothers in 2006. Only because she already swung through the Moody last month is Cat Power not coming to SXSW this year like everyone else.