Fleetwood Mac takes its name from the rhythm section of the band, the wild-eyed drummer Mick Fleetwood and the avuncular bassist John McVie. But those two fellows were reduced to mere bystander status at the Air Canada Centre, where the drama was carried out by the pair of legendarily ex-lovers in front. “You’ll never get away from the sound of the woman that loves you,” Stevie Nicks sang and Lindsey Buckingham listened. “I’ll follow you down til the sound of my voice will haunt you.”

The song was the country-ish ballad Silver Springs, a condemnation and incantation attached to a broken relationship. Nicks’s voice was lower than when she first warbled the words on 1977’s blockbuster album Rumours, making the parting vow even heavier. And when Nicks sang that “time casts a spell on you, but you won’t forget me,” the sold-out crowd could only agree and join in on the enchantment.

It was some evening, with the Mac, a still-spirited band with no new album but no reliance on nostalgia. The high material presented as era-less – memories attached to the breezy melodies, bluesy or bouncy rock and poignant acoustic-guitar moments were identified seat by seat, person by person. Earlier, Nicks, with only the finger-picking accompaniment of Buckingham at her side, offered the gentle Landslide. Could she handle the seasons of her life? Could we? The crowd’s ovation said something.

The live ballad of Nicks-Buckingham reminded me of other rock-relationship moments. When The Who’s Roger Daltrey and Pete Townshend’s signed off a show at the same venue with the affective reconciliation of Tea and Theatre: “We did it all, didn’t we, jumped every wall.” And when the Guess Who’s Randy Bachman and Burton Cummings at Molson Amphitheatre closed with “no time for a summer friend, no time for the love you send – seasons change and so did I.”

The strong night had begun with Second Hand News , a pow-pow-pow rocker about breakup sex. At 63, Buckingham is lean, bronzed and every inch a 110-per-cent player. His hairline has receded, but nothing else about him has.

Buckingham was firm and urgent on the plod and stomp of Chains, with harmony from Nicks, the stiletto-wearing songstress who intoned that chains would “keep us together.”

Couldn’t help but notice that Nicks announced “this party starts now” when it came to her turn to take the spotlight, as if Buckingham’s moments were something introductory. The springy Dreams involved wandering: “You say you want your freedom, well who am I to keep you down.” The scarf-loving Nicks rounded down her vocal lines; it was a reasonable concession to the passage of time.

Sad Angel, Buckingham (a chatter) explained, was a new tune to be released at some point as part of a newly recorded EP. It’s an angular, tightly coiled number straight out of the 1980s – something to which Billy Idol could dance, possibly with himself.

Couldn’t help but notice that Buckingham hung back by his amplifier during the tired version of Rhiannon, as if he wanted no part of it. The crowd cheered anyway.

Buckingham described Big Love as “particularly significant,” in that the one-time meditation on alienation was now recast as a rumination on the power and importance of change. It was done solo, and involved two hands working as four on one of his many custom-made guitars.

He used the same acoustic on the night-closing Say Goodbye, a gentle departure. A fan behind me cracked “great, he’s gone Gordon Lightfoot on us.” I would have said Glen Campbell, but Lightfoot will do in regard to a mellow send-off that had Nicks and Buckingham in wistful, harmonic agreement: “That was so long ago, still I often think of you.” But then, we knew that already. 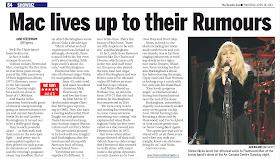 TORONTO - Well   hasn’t been broken yet.
In fact, it looks stronger than ever.

Veteran rockers Fleetwood Mac, touring again for the first time in over three years in support of the 35th anniversary of their juggernaut album, 1977’s Rumours - 45 million albums sold and counting - came to the Air Canada Centre on Tuesday night for a sold-out show in front of 17,000 fans.

And thanks to the consistent, but friendly, game of musical one-up-manship going on between former lovers and current bandmates Stevie Nicks and Lindsey Buckingham on stage for two and a half hours, it turned out to be a really good thing.

Full Review at Toronto Sun including Photos by Jack Boland

Old dogs don’t tend to have a lot of new tricks left in ’em.

They’ll leap up at your throat from time to time, though, just to keep your mind on your business and to let

you know that they’re still there, lurking beneath the porch. So, hi, Fleetwood Mac. Good to know you’re not taking the burden of still being Fleetwood Mac in 2013 lightly.

Fleetwood Mac easily could, we know. Until Michael Jackson’s Thriller came along, the California combo had bragging rights to the biggest-selling album of all time in the form of 1977’s Rumours, and that album was evidently the lingering, epicentrical source of most of the adulation thrust stageward when Fleetwood Mac as it exists today — drummer Mick Fleetwood, bassist John McVie, singer/guitarist Lindsay Buckingham, inimitable frontwoman Stevie Nicks, three supporting players and two background vocalists — took on a sold-out Toronto crowd at the Air Canada Centre on Tuesday night.

Rumours is it. So even though there was a lot of water under the Fleetwood Mac bridge before that record came along 11 albums in to its recording career and even more has passed beneath during the 25 years since — the group is currently operating without classic-era fixture Christine McVie and has witnessed the deaths of former members Bob Weston, Bob Brunning and Bob Welch since 2011 — the band diligently hit all the expected Rumours marks in its 2.5-hour ACC set, along with appropriate bookend selections from 1975’s Fleetwood Mac and 1979’s weirdo-reactionary Tusk, without ever really coming across as totally jaded and done-with-it-all.

One new song, an easily digestible and familiar-feeling ditty called “Sad Angel” from an EP — and perhaps a new album featuring, Buckingham claimed, “the best stuff we’ve done in a long time” — appeared near the top of the set. The rest of the time, though, Fleetwood Mac did a more energetic and invested job than most of its contemporaries on the nostalgia circuit doing the same-old, same-old night after night. It even appeared, heaven forbid, to be enjoying itself while it went through considerably more than the anticipated motions.

Rumours standards “The Chain,” “Dreams,” “Never Going Back Again” and an impressively churnin’-’n’-burnin’“Gold Dust Woman” that properly let the witchy, whirling Stevie “mystique” out to breathe burst forth as far more enthusiastic than programmatic, even though Buckingham took pains during the run-up to such comparatively neglected Tusk selections as “Not That Funny,” “Tusk,” “Sisters of the Moon” and “Sara” to point out that that record remains the “line drawn in the sand” that better satisfies Fleetwood Mac’s ambitions towards art over music-industry commerce.

An acoustic interlude featuring a solo Buckingham version of Tango in the Night’s “Big Love,” a tingly reading of Nicks’s golden “Landslide” dedicated to her two 11-year-old Toronto “fairy goddaughters” in the room and a “lost” 1974 tune from the former couple’s Buckingham/Nicks days entitled “Without You” was presented with a generosity of spirit lacking in the syrupy ickiness that typically bedevils arena shows when they go “unplugged.” Buckingham, meanwhile, pulled off the kind of extended, screeching guitar burnout at the end of “I’m So Afraid” — and Mick Fleetwood his own galvanizing, shouty solo sojourn behind the drum kit a few minutes later — that reminded you why everyone let the so-called “excesses” of ’70s rock embodied by Fleetwood Mac run as wild as they did in the first place.

This wasn’t a particularly wild night on the whole, of course, although a late-set “Go Your Own Way” finally did propel the supportive-but-staid crowd of Boomers and wine-slurping young ladies in Stevie drag onto its feet toward an encore that predictably exploded with “Don’t Stop.” It was far from the sleepwalk through the past it could have been, however, and a performance that lent some credence to Buckingham’s claims that there are “still chapters to be written” in the Fleetwood Mac story. 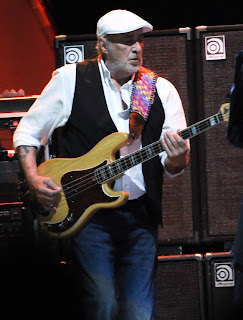 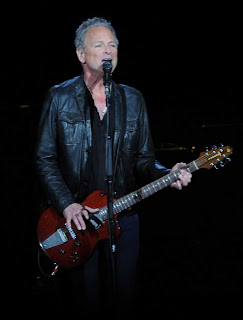 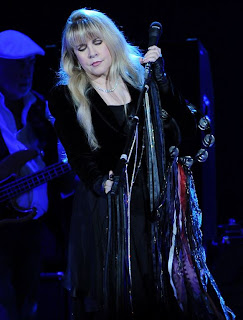 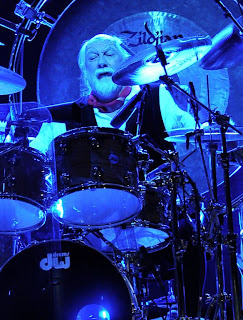 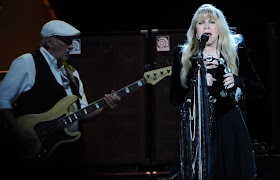 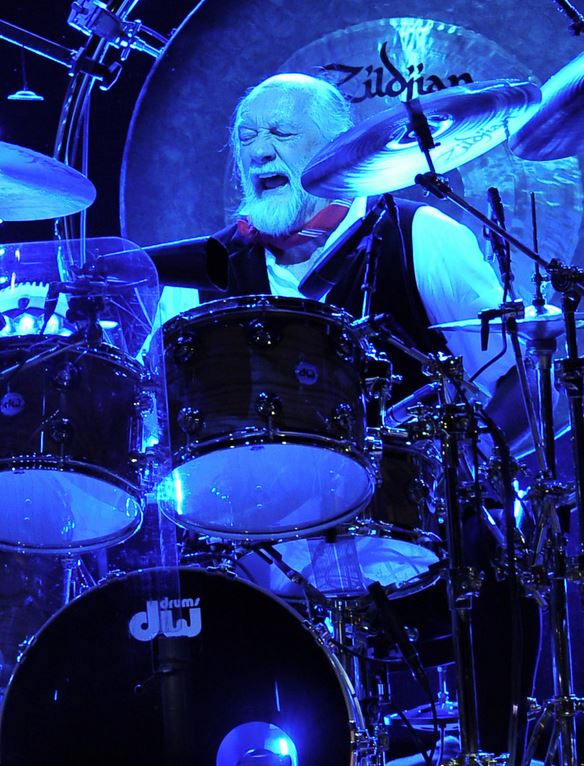