FLEETWOOD MAC LIVE IN PHILADELPHIA
Wells Fargo Center - April 6, 2013
No change in the set list from Columbus and that's a good thing!


Review: The return of Fleetwood Mac
Steve Klinge, FOR THE INQUIRER
Philly.com

Instability is a constant in Fleetwood Mac. Since its inception in 1967, drummer Mick Fleetwood has been the only permanent member, although bassist John McVie joined almost immediately thereafter. And the band's classic late '70s lineup, with Christine McVie, Lindsey Buckingham and Stevie Nicks, reached its creative peak when its interpersonal relationships were at their most tumultuous.

"It's different every time. That's the way it is with this band: it's always a work in progress," Buckingham said during Saturday's sold-out show at the Wells Fargo Center, the second night of the band's first tour in more than three years. The 23-song, 2-and-a-half hour set favored the hits, including most of 1977's Rumours, while adding some surprises.

In the absence of Christine McVie, who left in 1998, the core quartet added two backing vocalists and two utility musicians. The band, however, was at its best when at its most elemental, and Buckingham was the central force with his aggressive, impressive guitar playing and his unrestrained, often manic energy.

That energy anchored punchy pop songs, such as "Second Hand News," "Go Your Own Way" and the new "Sad Angel," as well as earnest acoustic songs, such as "Never Going Back Again," "Without You" and "Big Love" (from 1987's Tango in the Night). He's an underrated guitar hero, and the lengthy solo that concluded "I'm So Afraid" found the youthful 63-year-old feigning exhaustion.

Nicks, 64, was less dramatic and mobile, and her voice took a while to warm up. Although she shifted the melodies of "Dreams" and "Rhiannon" to avoid the high notes, the rarely performed "Sisters of the Moon" was eerie and powerful and the inescapable "Landslide," accompanied only by Buckingham on acoustic guitar, was lovely and sincere.

After an encore that featured a drum solo from Fleetwood, joyous and indefatigable at age 70, Buckingham and Nicks returned to the stage hand-in-hand. Buckingham introduced "Say Goodbye" by saying, "It's about closure, as much of the dialogue between us seems to be."

That closure is still a work in process: the band has a new EP on the way. 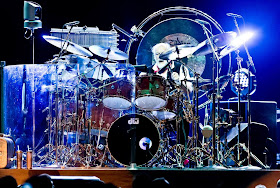 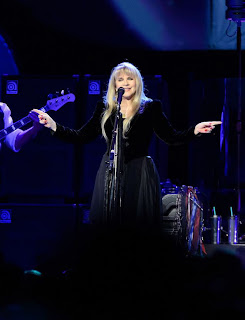 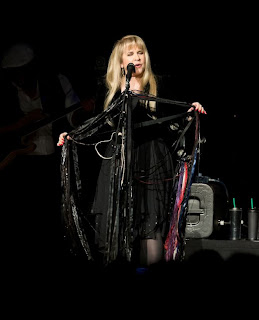 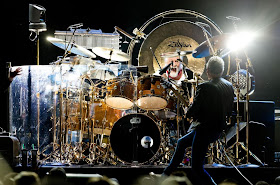 SAD ANGEL (New Song on upcoming EP)
WITHOUT YOU - They're having so much fun doing this.. I love it!