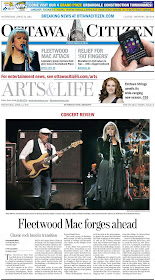 OTTAWA — The Fleetwood Mac that touched down at Scotiabank Place on Tuesday appeared to be a
band in transition, turning in a slightly uneven performance for a crowd of about 12,400.

The 2013 version of the 1970s hitmakers still counts guitarist Lindsey Buckingham, drummer Mick Fleetwood, bassist John McVie and singer Stevie Nicks in its lineup, but no longer includes singer-keyboardist Christine McVie, who has refused all invitations to join her old bandmates.

Of course, that’s nothing new, and the band has been soldiering on without her for years. On this tour, a keyboardist, extra guitarist and two backing vocalists help fill in the sound, leaving Nicks and Buckingham co-fronting the classic rock outfit.

With their voices in sync, the former sweethearts presented a united front during the first song, knocking out a terrific version of Second Hand News.

The lovely twang of Buckingham’s guitar led into a muscular version of another old favourite, The Chain, to the delight of the audience.

It was Nicks who greeted the crowd first, remarking on how beautiful Ottawa was, with its “rivers and castles.” But after issuing a call to get the party started, the 64-year-old, who still wears her hair long and blond, seemed to struggle to find her groove on Dreams. Maybe it was an off night, but in it, and her signature song, Rhiannon, her voice had a harsh edge, lacking much of the fluidity of the early days.

When Buckingham, who’s 63, took his turn at the microphone, he shared the news that the band had been working on new material, and an EP is being released soon. One of those new songs, the upbeat Sad Angel, was played early in the show, indicating a crisper form of melodic rock to come from the soft-rock survivors, a style perhaps better suited to Nicks’ not-so-lush voice.

Buckingham, who played a solo show at the Ottawa Folk Festival last summer, also talked about the 1979 album, Tusk, describing it as a line in the sand between him and the record company, who would have preferred another blockbuster like 1977’s Rumours. Digging into a couple of tracks from the album, he showed how well the music has held up.

Leave it to Buckingham to forge ahead creatively back then, and to push the band in new directions now. Looking fit and tanned in jeans and leather jacket, the guitarist was the band’s guiding light throughout the show, while Nicks, draped in something fringed and sparkly, had to work to match his energy and recreate her old magic.

But everything clicked during the encore. With Buckingham as the guitar hero, Nicks as the rock goddess and Fleetwood bashing out a thunderous drum solo, the band finally sounded reunited as they tore through World Turning and Don’t Stop. 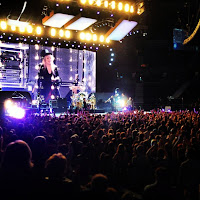 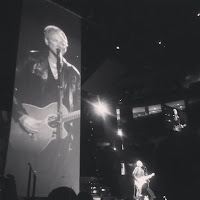 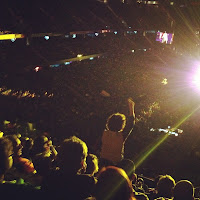 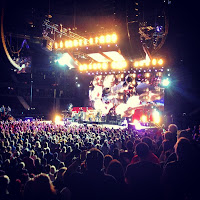 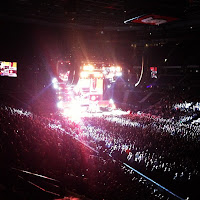 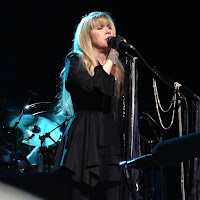 MORE FROM THE SHOW AT THE 'CONTINUE READING' LINK

Fleetwood Mac take 12,000 on trip back in time at Scotiabank Place
By Aedan Helmer
Ottawa Sun


There’s really no mystery behind the astronomical success of Fleetwood Mac’s Rumours, with the supergroup celebrating 35 years since the landmark album’s 1977 release.

Right from its iconic cover art, with the dapper Mick Fleetwood and the sprightly Stevie Nicks on his arm, it was the perfect marriage of lean British blues-breaking rhythm with sunny soft rock, all polished in an alcoholic California sheen.

It was anything but a perfect marriage that spawned the album’s material, of course, but judging by the mid-set slow dance shared by former lovers Nicks and Lindsey Buckingham onstage at Scotiabank Place on Tuesday night, the sixty-somethings have left lovers’ quarrels far behind.

Nicks later turned to the band’s namesake drummer and thanked Fleetwood for allowing her and her musical (and otherwise) partner to join his “blues band” all those years ago, when the transformation would simply make them one of the biggest-selling bands on the planet and lay the blueprint for all that AOR would come to be.

And the album’s appeal is still going strong, judging by the sales, the rock rotation staying power and the multi-generational crowd of 12,000 that swayed along as Fleetwood Mac rolled out Rumours opener Second Hand News, followed by The Chain and megahit Dreams to open the festivities.

“There’s an axiom that exists in the music business: If it works, run it into the ground and then move on,” Buckingham said. “In other words, when you find a formula that works, use it up until there’s nothing left and move along to something else. It may be a good idea in business, but not necessarily if you’re aspiring to be an artist.”

Uncomfortable within the industry trappings that instant fame would bring, Buckingham explained the band decided “to subvert that particular axiom” when it followed up the Rumours megalith with the dense and weird Tusk.

“When they first put it on in a Warner Bros. board room, it was not what they expected and I’m sure not what they wanted,” Buckingham acknowledged, while reviving Tusk’s tribal title track, the metallic Not That Funny and the spacey Sisters of the Moon.

That was about all the subversion Fleetwood Mac would muster on this night, though, serving up 1975 hit Rhiannon, and the new, but very familiar-sounding tune Sad Angel, which is set to be released as part of an online EP within the week.

“Every time we take a break and come back it’s hard to believe there are still chapters to be written in this band, but there are,” said Buckingham, announcing the latest studio effort and pledging, “We’ll see what happens after that.”

After a low-key acoustic set — highlighted by Buckingham speaking of the “power of change” on the solo Big Love, which only gained in ferocity since he performed it seven short months ago at Folkfest — the band returned to the formula that made them what they are.

Gypsy and Eyes of the World followed — both from the synth-drenched ’80s Mirage album — but the remainder of the two-hour-plus set stuck firmly in the mid-70s, with I’m So Afraid, featuring a ripping guitar solo from Buckingham, Gold Dust Woman and the anthemic Go Your Own Way, sounding just as it did when it breezed its way onto the AM airwaves.

By the time the band busted out Don’t Stop, the crowd was right along there with them, reliving those glory days.
View Photo Gallery at Ottawa Sun

LANDSLIDE: (Dedicated to a couple engaged to marry that Mick met earlier in the evening)
Photos by: Scott Penner - Aesthetic Magazine Toronto
View his gallery 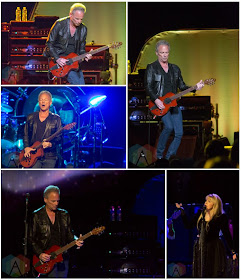