Concert review | Fleetwood Mac:
First tour stop had it all. Band in fine form as it satisfies crowd in Nationwide 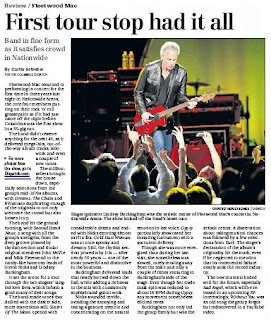 By  Curtis Schieber
The Columbus Dispatch

Fleetwood Mac returned to performing in concert for the first time in three years last night in Nationwide Arena, the core four members putting on their rock ’n’ roll greasepaint as if it had just came off the night before. Columbus was the first show in a 50-gig run.

The band didn’t reserve anything for the next 49, as it delivered mega-hits, out-of-the-way album tracks, solo work and even a couple of new tunes.

The million-sellers brought the house down, especially selections from the group’s mid-1970s albums, with Dreams, The Chain and Rhiannon duplicating enough of the originals to not only welcome the crowd but also loosen it up.

The band hit the ground running, with Second Hand News, a song with all the group’s strengths, from the deep groove plowed by rhythm section and titular original members John McVie and Mick Fleetwood to the candy-like harmony leads of Stevie Nicks and Lindsey Buckingham.

It set the scene for a tour through the two singers’ tangled love lives, which inform a good many of their songs.

The band made tunes that dallied with the darker side, more mysterious still. Sisters Of The Moon opened with considerable drama and ended with Nicks emoting almost as if in fits. Gold Dust Woman was at once spooky and dreamy. Still, the rhythm section proved why it is — after nearly 50 years — one of the most powerful and distinctive in the business.

Buckingham delivered leads that nearly burned down the hall, while adding a richness to the mix with consistently sophisticated guitar work.

Nicks sounded terrific, avoiding the annoying and taxing signature tremolo and concentrating on the natural emotion in her voice. Gypsy particularly showcased her maturing instrument with a succulent delivery.

Though she was more energized than during her last visit, she nonetheless was slowed, rarely moving away from the mike and only a couple of times venturing to Buckingham’s side of the stage. Even though her trademark spin was reduced to about 16 RPM during Gypsy, any movement nonetheless elicited raves.

Buckingham not only led the group firmly but was the artistic center. A dissertation about taking musical chances was followed by a few selections from Tusk. The singer’s declaration of the album’s originality hit the mark, even if he neglected to mention that its commercial failure nearly sank the record industry.

The new material boded well for the future, especially Sad Angel, which will be released in an upcoming EP. Interestingly, Without You was an old song the group forgot but rediscovered in a YouTube video. 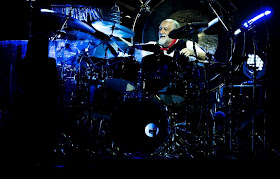 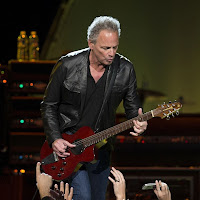 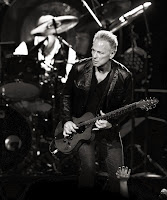 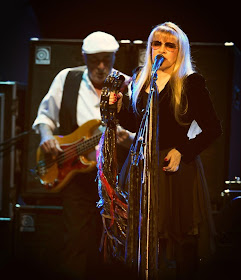 Above 4 photos by nationwide arena


Lindsey Buckingham announced during the show prior to performing the new song "Sad Angel" that a NEW EP of New Fleetwood Mac studio material would be released in the coming days! 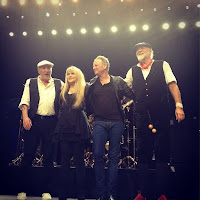 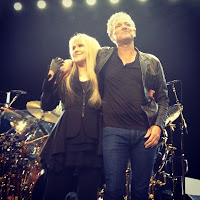 Above two photos by: Ashley Glynn 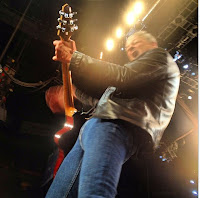 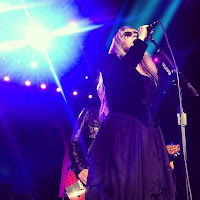 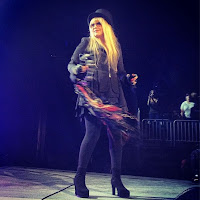 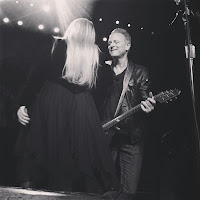 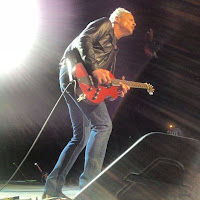 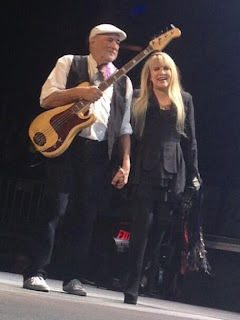 Above 6 photos by: Curtis Blessing 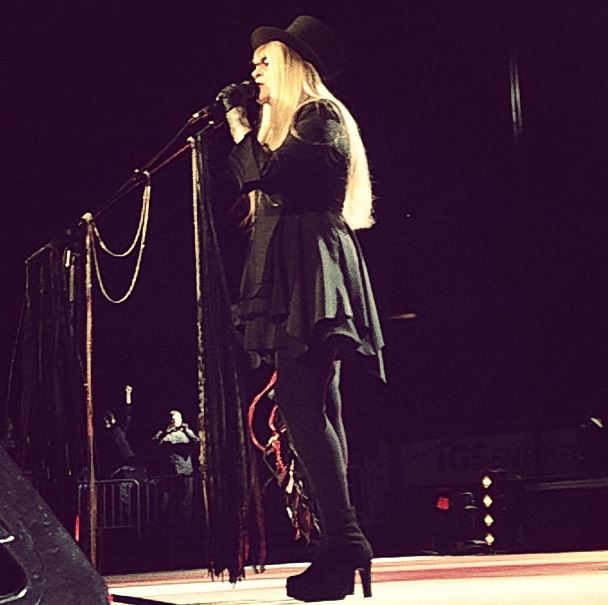 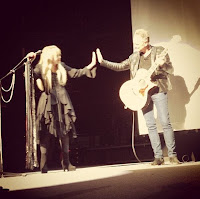 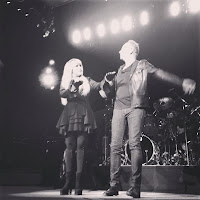 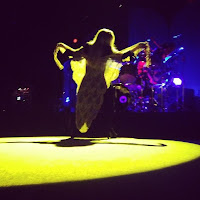 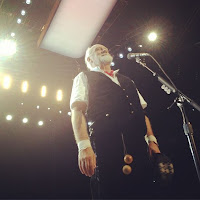 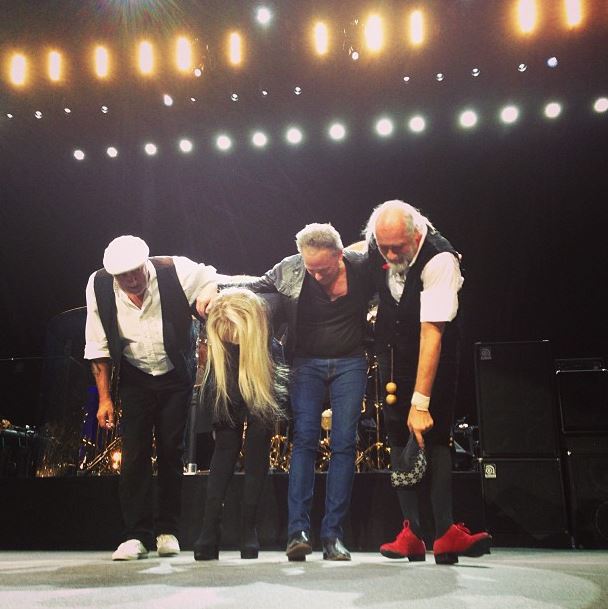 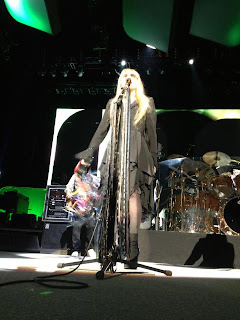 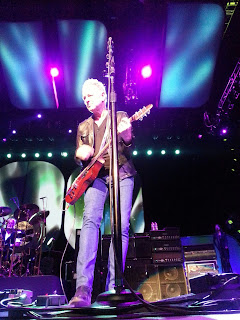 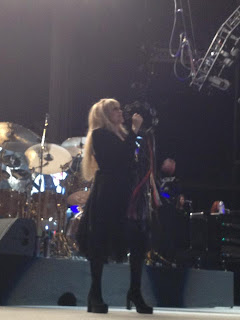 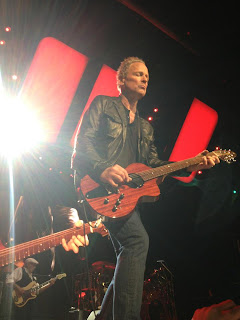 above 2 photos by: Joyce Hamilton

Stevie Nicks... The first pic on the left, Stevie is in pants!  There's a first on a Fleetwood Mac tour.
Second pick... An example of the jumbo screen behind the band.. Looks awesome!  Stevie in her Top Hat, must be "Go Your Own Way" and, she's wearing her glasses so she can see everyone not because of the bright lights. 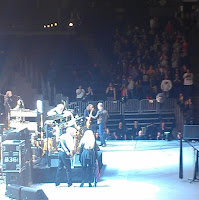 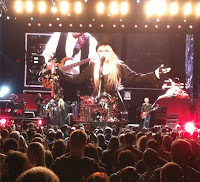 Photo Credit: promogirl2 (left) and shenanigansblog (right)
MERCHANDISE
Merchandise shots in Columbus... Bottom photo not very clear but there looks like plenty of options, and the images of the band are new, which is great!  Plus... Don't look if you don't want to know, but below is the setlist from tonight.  Looking great!!  2 NEW songs in the set. 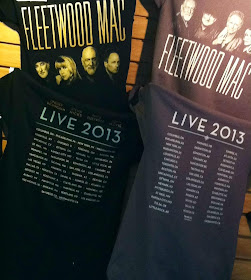 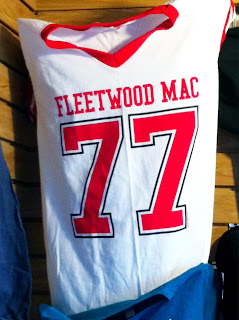 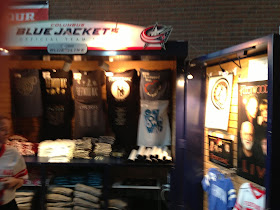 @nickslive from my friend at the mac concert right now: “She hasn’t taken her eyes off of him for this entire song” #withoutyou
— The Fetus (@Karlielouise) April 5, 2013