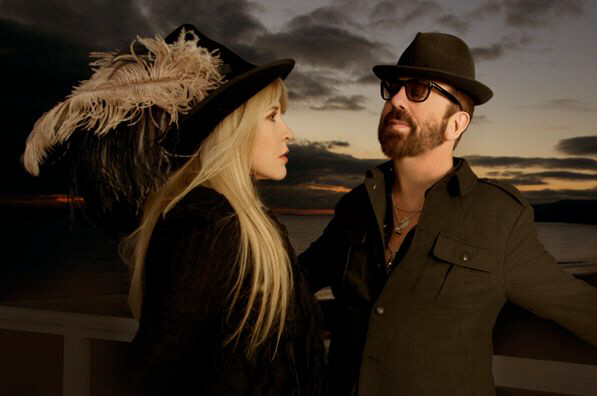 When Dave Stewart first suggested to Stevie Nicks that he film the making of her 2011 solo album, “In Your Dreams,” which he co-produced, her blunt reaction was “I think you’re nuts.”

However, the Eurythmics co-founder convinced Nicks by simply reassuring her “If you don’t like it, we don’t use it.” And in the end, she not only liked it, but she saw the documentary as a way to extend the shelf life of the critically-acclaimed album, which debuted at No. 6 on the Billboard 200, but did not have the high-profile run Nicks hoped it would.

Nicks screened the 100-minute film last night (March 31) for fans, as well as held a Q&A at Los Angeles’ Landmark Theater. “In Your Dreams” will play in theaters in more than 75 cities in North America on April 2. Virgil Films will make the film available on Video on Demand and Digital Download shortly thereafter.

Stewart and co-producer Glen Ballard recorded much of the album in Nicks’ Los Angeles house and working with Stewart gave Nicks great joy, she told an adoring audience at the theater. Upon their first meeting about the album,  “I’m thinking this is going to be such a trip because he’s such a trip. He’s trippy. He gets up happy every day,” she said with a certain amount of astonishment. “I rather like suffering a lot.”

As the documentary details, Stewart is the first person Nicks has ever written with in the same room. She gave Stewart 40 poems of hers (she calls them "poetry", not lyrics), culled from her many, many books of poems, and he showed up at the house to start to write a song. “He doesn’t really think we’re going to write in the same room,” Nicks recalls. But they did, eventually penning seven songs for the album together.  She credits Stewart’s lack of arrogance as the key to making their co-writing work. “Dave watched my face. Whenever he’d go to a chord I didn’t like, he’d go a different way.”  (One of the film’s best scenes flashes back to video of Lindsey Buckingham criticizing Nicks’ lyrics on 2003’s “Destiny Rules. She snaps back that he wouldn’t criticize Bob Dylan).

The documentary will find its greatest appeal with the legion of Nicks’ faithful. It goes through the creation of each of the 13 tracks, her 30-year plus relationship with her back-up singers Lori Perry Nicks and Sharon Celani (which could be its own film), and the great time they had making the album. In fact, the biggest drama in the entire film comes when Nicks correctly note that the Stewart solo she hears on a song is not the one she originally heard and favors. Other than that, it’s a complete love fest that becomes somewhat redundant at times, though given how fractious the making of some of the Fleetwood Mac albums was, it's nice to see her have an easy time of it.

Dave Grohl, with whom Nicks worked on the “Sound City”  documentary, served a vital behind-the-scenes 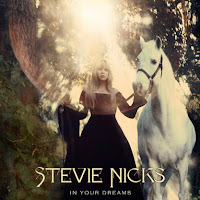 role at a pivotal time. A few months ago, she was telling Grohl that she was “heartbroken” by the album’s lack of success, especially after she felt that she had “done every TV show known to man” to promote it, including “The Voice” and “Dancing With The Stars.” Grohl asked her if she filmed the making of the album. She said yes. He suggested finishing the documentary, adding “‘this will give your record another run for your money”,” she said. “I called Dave Stewart and said ‘We have to finish this...it’s the only way to save this record.’ Had it not been for Dave Grohl, I’m saying that I don’t know what I would have done.”

“In Your Dreams” documentary bows as Fleetwood Mac kicks off a new tour on April 4 in Columbus, Ohio. Nicks said the year-long tour comes at a time when she and former boyfriend Buckingham are “for the first time in 30 years, we’re getting a long really well. We had a little talk a year ago and he had a year to think about it. He’s understanding that it’s really good to be my friend.”