Back on the Road: grandMA2 Joins Fleetwood Mac 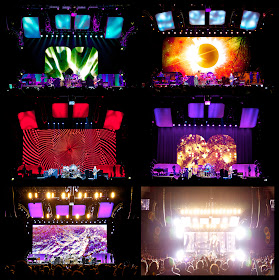 (16/05/2013) Fleetwood Mac is back on the road and a grandMA2 console has joined the iconic band on the Fleetwood Mac Live 2013 World Tour. The new tour, which began in Columbus will wrap in Australia in December, marks the first for the band since 2009’s sold-out “Unleashed” tour. This year is also the 35th anniversary of their “Rumours” album, one of the most successful in recording history. It remained on top of the pop charts for more than 31 weeks and produced four Top Ten singles.

Lighting designer Paul “Arlo” Guthrie of Minneapolis-based Toss Film + Design is Fleetwood Mac’s long-time lighting designer. “I have to cater to four different personalities (Mick Fleetwood, John McVie, Lindsey Buckingham and Stevie Nicks) and bring them together as one team,” he explains. “For this show we have four big soft box panels and 32 Clay Paky Sharpy Washes on curved lighting pipes, some of them on the floor, some on the rigs and some in pods that come out. They hang on weird angles and move during the show – some are on 45, 90 and 120º angles. They’re well featured – the main workhorse washlight of the rig.”

The lighting designer brought his own grandMA2 full-size on tour to run “the whole show” and reports that “it’s working as good as it always has. It’s super comfortable; it’s like hanging out with an old friend each day. My grandMA2 is more than capable of running everything, including the video.”

Today, MA Lighting is respected for its technical knowledge and has achieved a unique international reputation for its operational philosophy. The company offers more than 30 years experience and strictly follows a professional user-centric approach, getting as close as possible to the market via its own international offices and support centres in the UK, North America, Latin America, the Middle East/India, Asia Pacific and Scandinavia/Eastern Europe/Russia – supported by a world-wide distribution and service network. 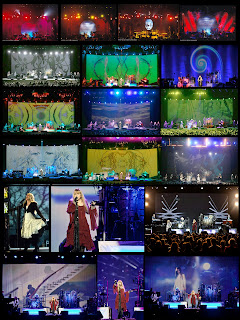 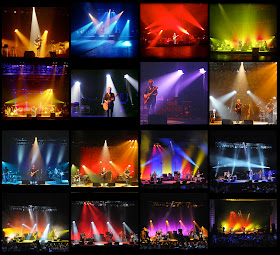