REVIEW | PHOTOS: Fleetwood Mac Live in Saskatoon "Buckingham was the straw that stirred the drink" 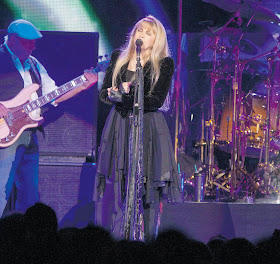 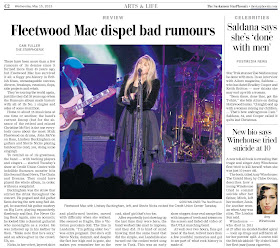 There have been more than a few rumours of its demise since it formed more than 45 years ago, but Fleetwood Mac has survived it all: a foggy pre-history in British blues, unmanageable success, divorce, breakups, reunions, flops, side projects and rehab.

They're touring the world again, just like they did 35 years ago when the Rumours album made history with all of its No. 1 singles and sales of some 50 million.

Home to about 16 musicians at one time or another, the band's current lineup (but for the absence of the retired and missed Christine McVie) is the one everybody cares about the most: Mick Fleetwood on drums, John McVie on Bass,
Lindsey Buckingham on guitars and Stevie Nicks playing tambourine (and, yes, doing some singing!)

To remind us of its greatness, the band - with backing players and singers - started Tuesday's show at Credit Union Centre with indelible Rumours monster hits like Second Hand News, The Chain and Dreams. They could have played the whole album, in order, without a complaint.

Buckingham was the straw that stirred the drink throughout the concert. He pogoed and did guitar faces during the new song Sad Angel, he asserted his guitar mastery on Big Love, playing expansively, flawlessly and fast. For Never Going Back Again, also on acoustic, he looked like a classical guitarist who moonlights as a rocker. He was lathered up in his leather by then. "Make note that he's sexy," said an advice-giver in the crowd. Uh, no.

Nicks, in her velvet, layered skirt and platformed booties, moved with difficulty when she walked. She seemed so fragile, like a Victorian porcelain doll. The line in Landslide, "I'm getting older too," was extra poignant. But she's still Stevie Nicks, dammit, and despite the fact her high end is gone, she makes you remember her as the cool, aloof girl that's too too.

After reportedly just showing up the last time they were here, the band worked like mad to impress, and they did. It is kind of mind blowing that the same band that did the simple, sad Landslide also turned out the coolest weird song ever in Tusk. This was an early show stopper, done real savage-like with images of teeth and totems on the screen and faded old video of the UCLA marching band.

At well over two hours, fans got most of the best, relived more than a few youthful memories and got to see part of what rock history is made of. 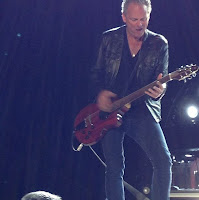 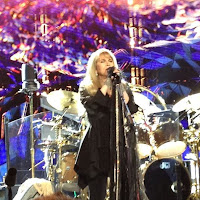 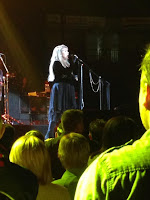 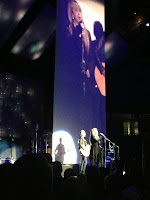 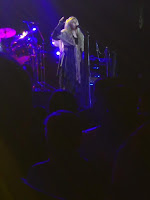 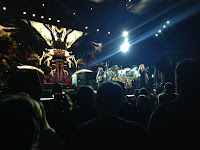 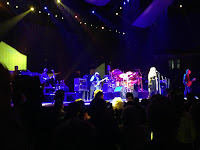 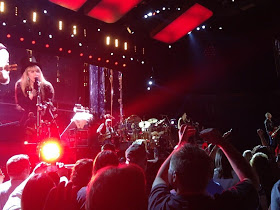 6 Photos above by: Adrien Begrand 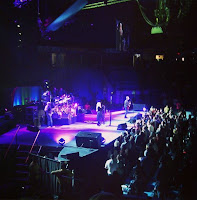 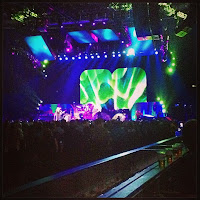