Decadent rock star, ’70s survivor, gypsy songbird, white-winged dove - the inimitable Stevie Nicks has entranced millions of fans worldwide with her poetic lyrics, sultry singing and feather and-lace style. In 2010 Nicks embarked on the recording of a new solo album, In Your Dreams, produced by former Eurythmics mastermind Dave Stewart. With cameras in tow, documentarian Stewart and diva Nicks set up shop in her home studio and reveal their collaborative creative process. Shifting dynamically among video formats, painstaking recording sessions and revealing interviews, this magic-tinged musical journey is a loving and tuneful portrait of the eternally bewitching Gold Dust Woman. 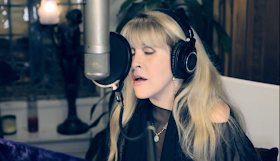 Canadian Screening Dates Updated
Edmonton and Saskatoon have added multiple screening dates for the film, particularly Saskatoon.  Vancouver has set the date as May 18th for it's screening of the film.  The screenings coincide nicely with Fleetwood Mac's western Canadian swing of their current world tour. Fully updated list below.

MOTHER'S GET IN FREE - in Edmonton (Mother's Day 2-for-1)
If you see the film in Edmonton on May 12th, bring someone's Mother and they get in FREE. (Doesn't indicate that it has to be your own Mother, just "someone's" mother) 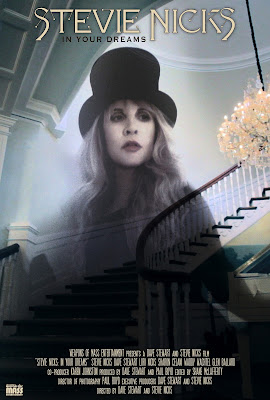