Fleetwood Mac goes on and on in Denver, kinda like Beethoven
by Ray Mark Rinaldi
Denver Post

Both audiences were up there in terms of age, mostly old enough to have grandchildren, and overwhelmingly caucasian, maybe 90 percent, if you can actually guess those things by looking.

The Pepsi Center folks drank more alcohol, and didn’t turn off their phones, and the orchestra attendees were way better-dressed and polite enough not to shout “We love you Stevie Nicks” while the singer was actually trying to perform. But the two sets shared one key element: enthusiasm. The ovations were made standing in both houses and that basic human need to be sated by very familiar music  – whether guitar-driven or violin-driven — was never in doubt.

But there it was Saturday at Pepsi, the house visibly sold out, the players up there rocking out, in earnest, and in appealing way that went way beyond nostalgia. They’re still very talented pop stars, attractive, energized, envied.  If classical music isn’t selling the way it was a few decades ago, don’t blame Beethoven. Blame rock ‘n’ roll for not giving up its hold on fans, for staying competitive for those concert dollars even when everyone, on stage and off, is old enough to retire.

That was especially true with Fleetwood Mac. Who played 22 songs for 2 hours and 41 minutes, with all but two of them from their vast catalog of hits. The band stayed in there, delivering pretty much all of the quirky and sure personality they are known for.

Lead guitarist Lindsey Buckhingham, 63, but with the lean body of a 30-year-old and a Hollywood tan, pulled off heroic solos, particularly on “Looking Out for Love.” Drummer Mick Fleetwood, 65, shouted, sweated and banged the night away. He held the stage, just by himself, for maybe 10 long minutes around “World Turning” during the extended encore.

Stevie Nicks, 65 last Sunday, worked her tambourine, and those scarves and gold chains tied to her microphone, and her lacey shawls and finger-less gloves and threw her guttural voice out like a rock star. After three decades of performing “Gold Dust Woman” and “Dreams,” the routine is down. She stills does her famous spinning moves on cue, (though just 14 careful turns Saturday eve), but she chooses her earthier moments like a pro and goes for it. She remains amazing to watch on stage.

Fleetwood Mac concerts used to be rowdier, more drugs, more screams, more dancing. Back in the day, half the women showed up in gauzy, Stevie Nicks drag. Last night, there were only a few gals rocking the high boots and bandanas, though it was good to see them.

But like a night at the orchestra, it all seemed unfailingly appropriate. The show started on time and the sound was at a reasonable level. The between-song chatter was about the importance of family. There were lots of sentimental tales of the band in its early days. It was kinda nice.

Some people would see that as the death of rock ‘n’ roll, no anger, no danger, no cigarette lighters, no youthful vibe, really. But rock has always taken its real strength from its humanity; its naturalness, rather than its costume-driven rawness. Natural, three decades in, isn’t as loud, and not as much beer gets spilled in the floor, but it has its own sort of enthusiasm, and it goes on and on and on.

It came, it went, it was truly great!

Last night Robert and I went to the Fleetwood Mac concert. We bought tickets 9 or so months ago, so it has been in the back of my mind that June 1st would be a spectacular night. And they did not disappoint! 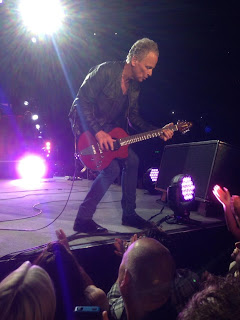 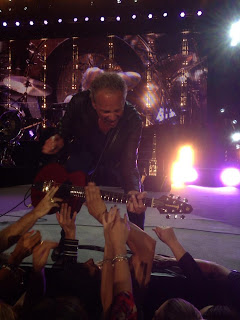 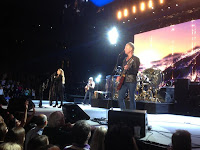 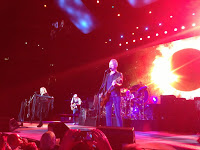 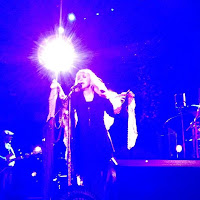 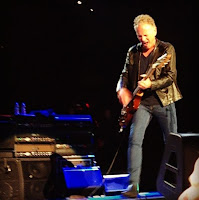 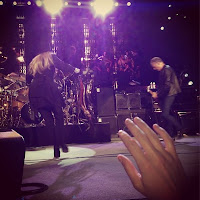 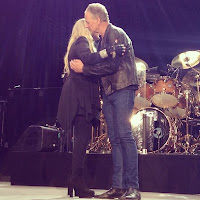 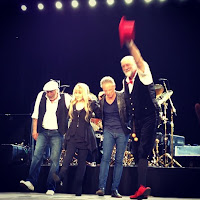 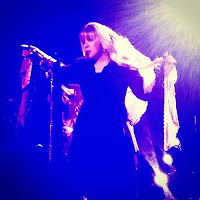 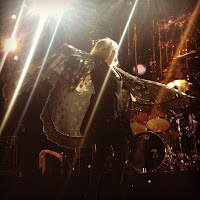 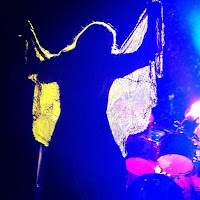 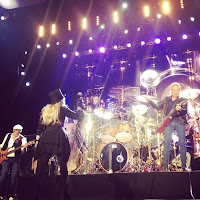 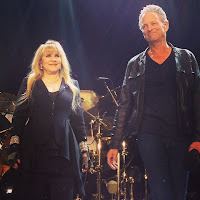 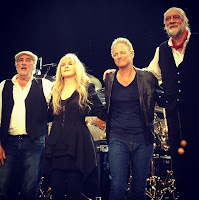 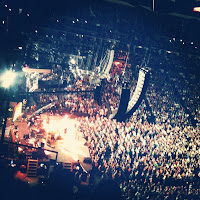 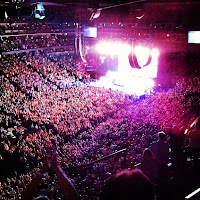 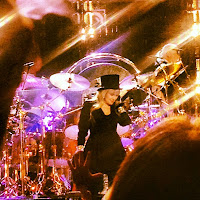 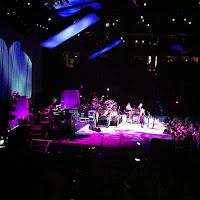 Above photos by laurahaskell | ophie11 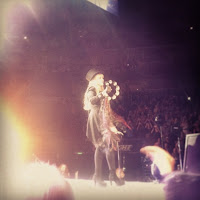 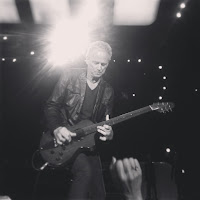 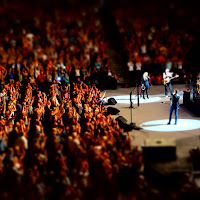 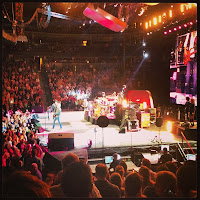 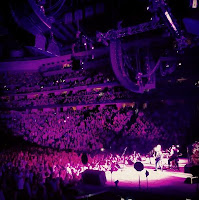 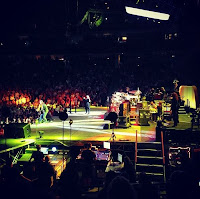 Above photos by Michal Menert 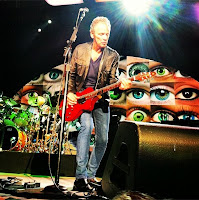 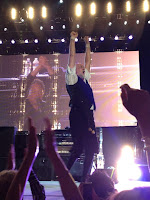 Above photos by ajrlexie | Julia Bell

Lindsey spotted before the show 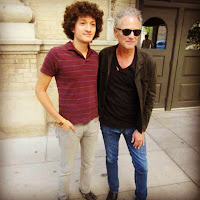 SAD ANGEL
WITHOUT YOU INTRO
A lot of the show has been posted by Michelle Maes... View them here