Not really sure what this is, but it could be interesting if you are in the area... Check it out! 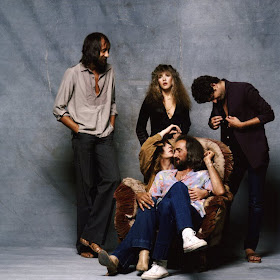 ABOUT THE PROGRAM: Fleetwood Mac started in the mid 1960’s as a British blues band and struggled to have its songs chart until Mick Fleetwood and John MacVie changed their line-up and made their style more commercially mainstream. Once their song “Black Magic Woman” took off with Santana’s cover of it, Fleetwood Mac got more notice and started to build their fan base in the U.S. This program will begin with some of Fleetwood Mac’s earlier songs, with their first guitarist Peter Green and their second guitarist Bob Welch, and follow their upward trek with their third guitarist Lindsey Buckingham, their keyboardist Christine MacVie, and their new chanteuse Stevie Nicks. It will include songs from Rumours, their Grammy-winning, number one album that broke all records in sales and made the world sit up and notice them. Among the songs that will be highlighted during this show are “Black Magic Woman,” “Albatross,” “Rhiannon,” “Go Your Own Way,” “You Make Loving Fun,” “Don’t Stop,” “Gypsy,” “Tusk,””Dreams,” “Eyes of the World,” “Sisters of the Moon,” “Hold Me,” “Say You Love Me,” Little Lies,” “Sara,” and more. Enjoy this clip fest of live concert footage from Japan, Europe, and America; television appearances; and promo films. This tribute to the band is a treat not to be missed.
In English | 110 minutes

ABOUT BILL SHELLEY: Bill Shelley has been filming since the 1970s when he recorded bands Twisted Sister and Joan Jett and the Blackhearts, then later directed music videos for Public Enemy (PE). Shelley Archives was started in 1985 and today the company has over 100,000 reels of original 35mm and 16mm films in its archives and over 10,000 hours of rare concerts, television shows, promos, interviews, out-takes and home movies. Preservation of films and music clips is the main focus of the organization.