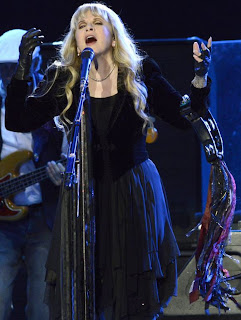 Fleetwood Mac leave the North America stage after 3 months and 46 shows stretching across both the U.S. and Canada  feeling, I'm sure, a huge sense of accomplishment and gratitude to the over half a million or so fans that came out to see what many have said is their best tour ever!

With the right set list mix, that remained intact from day one and a well structured show along with the enthusiasm amongst the band to clearly be happy and excited to be performing together, they leave fans in North America satisfied, grateful, excited for the future and calling out for more!  The excitement and enthusiasm from fans of all ages seeing the band for the very first time, and from those that have seen the band multiple times was completely palpable. Dedicated fans traveled across the globe to catch this almost 3 hour show and to experience that ole Mac Magic that only rears its head once or twice a decade. 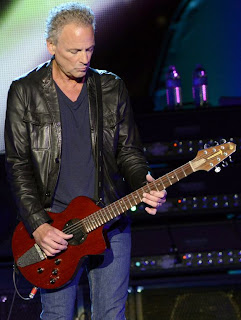 From the opening song of the night, "Second Hand News" from "Rumours" to the last song of the night "Say Goodbye" the second to last song on their last studio release "Say You Will", fans were taken on a nostalgic trip back to simpler times, through the good and the bad, through the lives lived by the members of Fleetwood Mac. Along the way, we saw the band perform new music in the form of "Sad Angel" and "Without You" from the new "Extended Play" release, we saw the "Tusk" gems "Sisters of the Moon" brought back to life for the first time since the '82 Mirage Tour with great success plus "Not That Funny" for the first time since 1997. We witnessed Lindsey, a man of unbendable perseverance giving it his all ripping through guitar solo after guitar solo with precision, taking no breaks at all during the show. We were in awe as Stevie and the band developed and transformed "Gold Dust Woman" into this 10-12 minute show stopping stage piece that varied nightly proving that synergy still remains in this band when they are open to working together - producing perfect results. The song became fairly loose in the latter part of the tour to the point where you really never knew what Stevie was going to give each night.  That was exciting! The guarantees were that the song would be great, totally unpredictable and that the eerie and spooky element would be turned up to 10!  All this and you have the back bone of Fleetwood Mac, the steadfast John McVie and the ever entertaining Mick Fleetwood.  These four are still able to create that perfect storm on stage.


This is not to say there weren't any bumps along the way.  Stevie suffered a reported leg injury in early May that almost sidelined the tour and its momentum, but with the help of a physical therapist in Calgary was able to soldier on. A couple of shows in June (Ft. Lauderdale and Montreal) were dropped from the itinerary to the disappointment of thousands. Nobody likes to see shows cancelled especially those that had bought tickets and I'm sure the band felt the wave of disappointment from the fans that had planned to attend.  Aside from these few exceptions, plus Lindsey breaking a nail on his right hand, this tour will likely go down as their most successful not just monetarily.

Big thanks to all the reviewers, photographers and to anyone that talked about the band during the tour.. and took the time to interacted with us here at Fleetwood Mac News - with comments on posts (good and bad), texts, Facebook and Twitter posts and comments... It's been great!... Thank you!

Next up - Ireland in September...