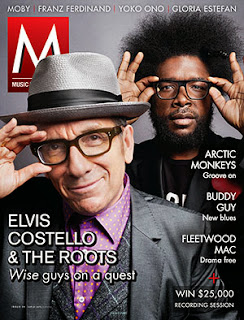 In a just-published interview with M Music & Musicians, Lindsey Buckingham said, “The way we do things in Fleetwood Mac is always a political mine field. If it’s not Stevie, it’s me—someone is always causing trouble. [laughs] I know Warner Brothers is dying to get an album from us, even though we’re not signed to them anymore. Stevie needs to come to the table with some material. In order to contemplate a new album, she has to want to do it.”

Buckingham went on to say that Nicks’ positive experience making In Your Dreams, her 2012 solo album, complicates the prospects for a new Fleetwood Mac LP. “She had a wonderful experience making that album,” he says. “She hasn’t said this—this is just me—but knowing Stevie, she’s probably thinking, ‘If I have to write five new songs, do I want to give them to Fleetwood Mac?’ And that’s fair enough. I think she’s feeling a bit protective and territorial about the experience she had doing her solo project. And I can totally relate to that.”

Fleetwood Mac is currently on the European leg of their 2013 tour.