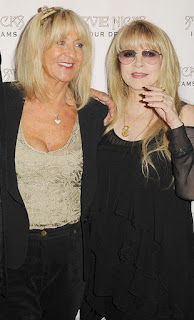 In wonderful news, Stevie Nicks recently revealed that her close friend and fellow lead songstress Christine McVie would be rejoining Fleetwood Mac for one song at two of their shows on the European leg of the band's reunion tour. McVie left in 1998 and, for Fleetwood fans, the news is not only surprising but more than welcome as the band is even better when including the rich tonality of balladeer and multi-instrumentalist McVie. The singer left the band largely due to a fear of flying that inhibited her ability to travel on tour and Fleetwood Mac has gone on to reunite several times after her departure despite missing the unique dynamic the prized third vocalist.

In honor of this news, let's celebrate the wonderful and often hit-making talent of Christine McVie and take a look at 10 of her greatest contributions to one of the biggest rock bands in history.