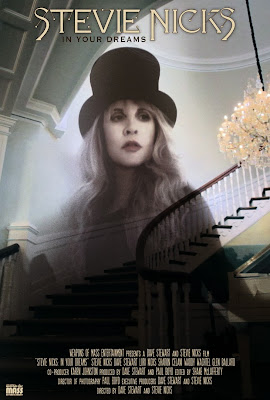 Stevie Nicks will be in attendance for a Q&A session following the screening on the 13th of November.

with the Australian premiere of Nicole Kidman’s Queensland-shot movie The Railway Man.

A host of international guests will walk the red carpet with music royalty Stevie Nicks, who will be in town touring with Fleetwood Mac, presenting her biographical film In Your Dreams - Stevie Nicks. BIFF will also present a 40th anniversary screening of the 1973 horror classic The Exorcist, followed by an intimate Q&A session with Golden Globe-winning actress Linda Blair.

BIFF will also host and celebrate the stellar career of Australian director and screenwriter Fred Schepisi ( Evil Angels, The Russia House, The Eye of the Storm).

BIFF director Jennie Hughes, in her first year curating the festival, is understandably excited at the calibre of films and talent on offer.

“I wanted (BIFF) to be packed full of goodies from opening night but to have events all through the festival," she said.
Nickslive at Tuesday, October 22, 2013
Share