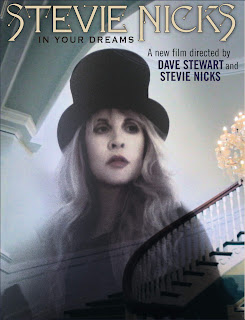 On October 10, 11, 12 and 13, the 2013 CBGB Festival will present film screenings of some of the best rock films/documentaries ever made and some that have never been seen in New York before. Over 120 film screenings will be shown in downtown Manhattan and Brooklyn.

Stevie's "In Your Dreams" Documentary will be screened two nights October 10th and 12th.