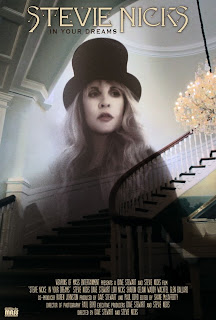 Well that didn't take long!  With an initial 500 DVD bundles released early Thursday evening quickly selling out within an hour, Warner Bros. topped up the offer to 1,000 Friday evening and reduced the number of copies per order down to one whereas the first 500 were offered with no limit to the number you could pre-order. The additional 500 bundles again quickly sold within a few hours. Will there be more?  I'm not sure, but it clearly shows that there is demand for this special package.

The film can still be pre-ordered via Warner Bros. for $18.99 but it's without the added bonus material - and it is available to those outside of North America, but will it work in your DVD player? The AmazonUS version indicates it's a Region 1 DVD which limits its play ability to North American configured DVD players. I'm assuming the Warner version is compatible to your neck of the woods if you are outside of North America as it doesn't indicate otherwise on their website.

Aside from Warner Bros., AmazonUS, Amazon Canada and Barnes and Noble in the US appear to be the only other ways to pre-order the DVD so far. Certainly at some point the film will be available on other Amazon sites around the world to accommodate Stevie's fans outside of North America who are just as eager to see the documentary and have a physical copy. The film will premiere in Australia at the Brisbane International Film Festival on November 13th and hopefully it too will be available to purchase in Australia and New Zealand shortly afterwards.  The film premiered in September in the UK with the press release indicating availability on VOD (Video on Demand) and DVD in November.  AmazonUK haven't listed the DVD yet... but we're only part way through November so there is still time for it to show up.

Initially released digitally on itunes and via Stevie and Dave's inyourdreamsmovie.com website back in May, to fans in North America, it's been a long wait for the physical release of this DVD - hopefully Stevie's record company makes this available to the widest possible audience it can, and early. With everyone gearing up for the holiday season, it's actually the perfect time to get this out!

Stevie will be at Barnes and Noble at The Grove in Los Angeles on December 4th at 7pm for a DVD signing for copies of the film purchased that day.


In Your Dreams DVD Bundle

The Limited Edition “In Your Dreams” DVD Bundle includes:

Limit of one per customer
Limited quantity of 1000 available. SOLD OUT