Producer Ryan Murphy tweeted that Stevie will now appear in two episodes of American Horror Story: Coven... The first episode she was reported to appear in was episode 10 which would air on January 8th. With Stevie now in a further episode, I'm not sure if her first appearance will come before or after this date... We'll have to wait and see closer to the dates.

Photos below by Lily Rabe 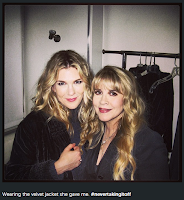 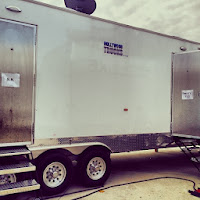