Aaron Eckhart was too exhausted from shooting I, Frankenstein in Australia to portray Dennis Wilson -- the Beach Boys drummer who drowned 30 years ago this month -- in a film about the musician’s final years, and left the production just before shooting was to begin in June 2012. 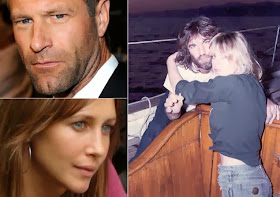 His departure has indefinitely delayed The Drummer, and now, producers tell The Hollywood Reporter, the biopic's future is murkier. “It was a huge blow for us when Eckhart pulled out,” says Brad Rosenberger, the film’s music supervisor and a publisher of Wilson’s songs, adding that Eckhart had spent six months learning to sing and play the piano and drums. (Vera Farmiga also was cast as Fleetwood Mac’s Christine McVie.) 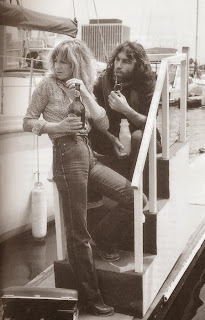 The latest setback, however, might be the most insurmountable. The trustee for Wilson’s estate, which represents his children, suggests that the project is now officially off. “The Dennis Wilson Trust can confirm that there is no plan for proceeding with the Drummer project,” Shelley Surpin said in an email, declining to elaborate.

Wilson’s son Carl and daughter Jennifer -- children from separate marriages -- had signed on to co-produce the film in October 2011. The deal represented the first time the family had sanctioned a movie, enabling director Randall Miller to secure the rights to use songs from Pacific Ocean Blue, Wilson’s solo album. But their unease about the screenplay, written by Jody Savin, has contributed to the project’s delay, Wilson’s producer and writing partner Gregg Jakobson reveals. “The kids, they get bad counseling,” he said in a recent interview. “It’s the estate -- they don’t know anything about the entertainment business. They hardly even really ever knew their dad.”

Rosenberger, who spent 20 years at Warner-Chappell, approached Wilson’s family with the film idea in 2008 and said that the children remain interested. “With everything in the right place, they would love to see a movie honoring their father,” he tells THR. “There are no plans to make this Dennis Wilson movie now, but I don’t think it would be accurate to say we don’t want a movie to be made.”

Several involved with The Drummer insist that its current script does not exploit Wilson’s alcohol and drug addiction, and avoids his relationship with Charles Manson, which predated the 1969 Tate-LaBianca murders. It picks up in 1977, when Wilson recorded Pacific Ocean Blue, and shows another side of the handsome surfer and consummate beach boy, whose hard living cost him his home, his boat and several marriages.

Wilson drowned in Marina del Rey, California, on Dec. 28, 1983, during an afternoon of drinking and diving, just weeks after his 39th birthday. Seven days later, the Coast Guard buried him at sea, a family request President Reagan helped facilitate.

Julie Sultan of W2 Media, the distribution company committed to finding a buyer, said that it no longer represents The Drummer. In the meantime, Unclaimed Freight Production, which shifted its crew and resources over to CBGB, released in the fall, will begin work in January on Midnight Rider: The Gregg Allman Story, based on his memoir, My Cross to Bear.

Movie or no movie, we haven’t heard the last of Dennis Wilson. In August, Capitol Records issued Made in California, a Beach Boys set including bootlegged and previously unreleased songs. Archivist Alan Boyd said that more remains in the vault, including “Carry Me Home,” an outtake from 1973’s Holland. “There’s a handful of things, maybe half a dozen or so that actually have vocals on them,” he said.