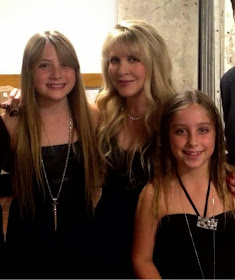 Carlton Gebbia normally seems to keep her cool amidst all the drama on The Real Housewives of Beverly Hills. Not so when she comes face-to-face with a rock and roll legend.

Earlier this week, the new 'Wife had a chance encounter with Fleetwood Mac's Stevie Nicks at a charity affair in L.A, and she snapped a photo of her two girls, Mysteri and Destiny, hanging with the singer backstage (below).

"She is truly a legend and a class act," Carlton tells the Dish of meeting the icon. "She made our night--God, this woman commands!"

Carlton also says that Stevie was a delight to chat with and was flattered when her daughters complimented her talents. "Stevie was so sweet with our girls as they told her how they loved her voice," she says. "She was just so genuine and accessible."

Perhaps most star-struck by the encounter: her husband David. "He had the biggest, cutest smile on his face when we met Stevie," she says. "Talk about teen love! 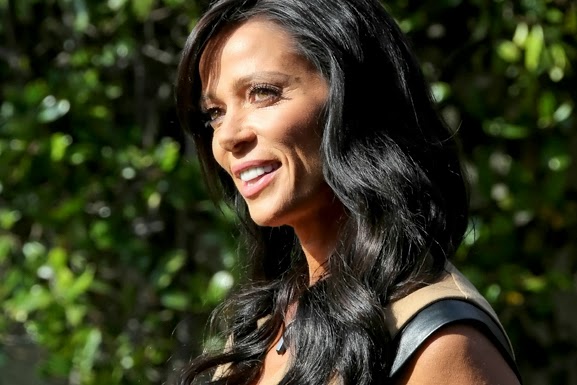