Video: Stevie Nicks: Would She Welcome Christine McVie Back Into Fleetwood Mac? 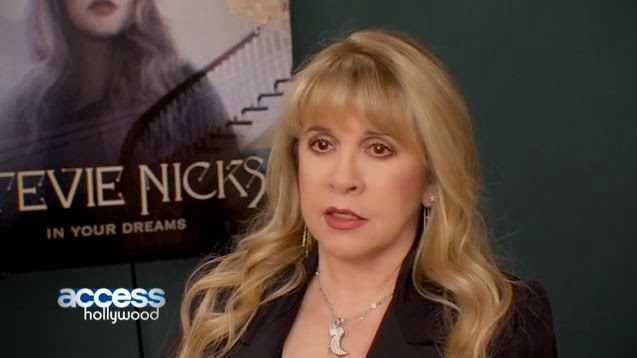 Stevie Nicks chats with Access about Christine McVie, who left Fleetwood Mac in 1998, expressing interest in returning to the band. Would Stevie welcome her back? And, would she have any conditions for Christine if she did return?

Stevie Nicks Shares Her Memories Of The Beatles:
How Did They Influence Her?
As the 50th anniversary of The Beatles nears, Stevie Nicks chats with Access about how the band influenced her. What does she remember about the band? Plus, which members of the band has she met over the years? And, does she have a favorite Beatle?

Stevie Nicks Talks Having 'The Best Year Of Her Life' While Filming In Your Dreams Documentary
Stevie Nicks chats with Access about the making of her documentary, "Stevie Nicks: In Your Dreams," which follows her around as she began writing and recording her first solo album in nearly a decade. Why did she call the experience "the best year of her life.

Stevie Nicks: How Did Reese Witherspoon Inspire Cheaper Than Free?
Stevie Nicks explains to Access how Reese Witherspoon help inspire her song, "Cheaper than Free." Plus, she tells Access why there won't be a movie made about Fleetwood Mac for a "long time." If a film were to be made, where should the story begin?